It's only one day removed from the new President being elected and Tuesday delivered a set of tight races in states like Florida and Ohio, leaving pollsters and politicians both chewing their nails.

There is still a long, long road ahead to bring the nation together but instead of focusing on the politics of the real world, sometimes it's nice to look at politics in a fictional one instead. Over the years there have been plenty of presidential characters in the realm of comics.

They range from the entertaining to the infuriating, the kind hearted to the heartless. All of them have great stories to tell though. So if you're looking for a break from the current race, why not spend some time with these Presidents instead? 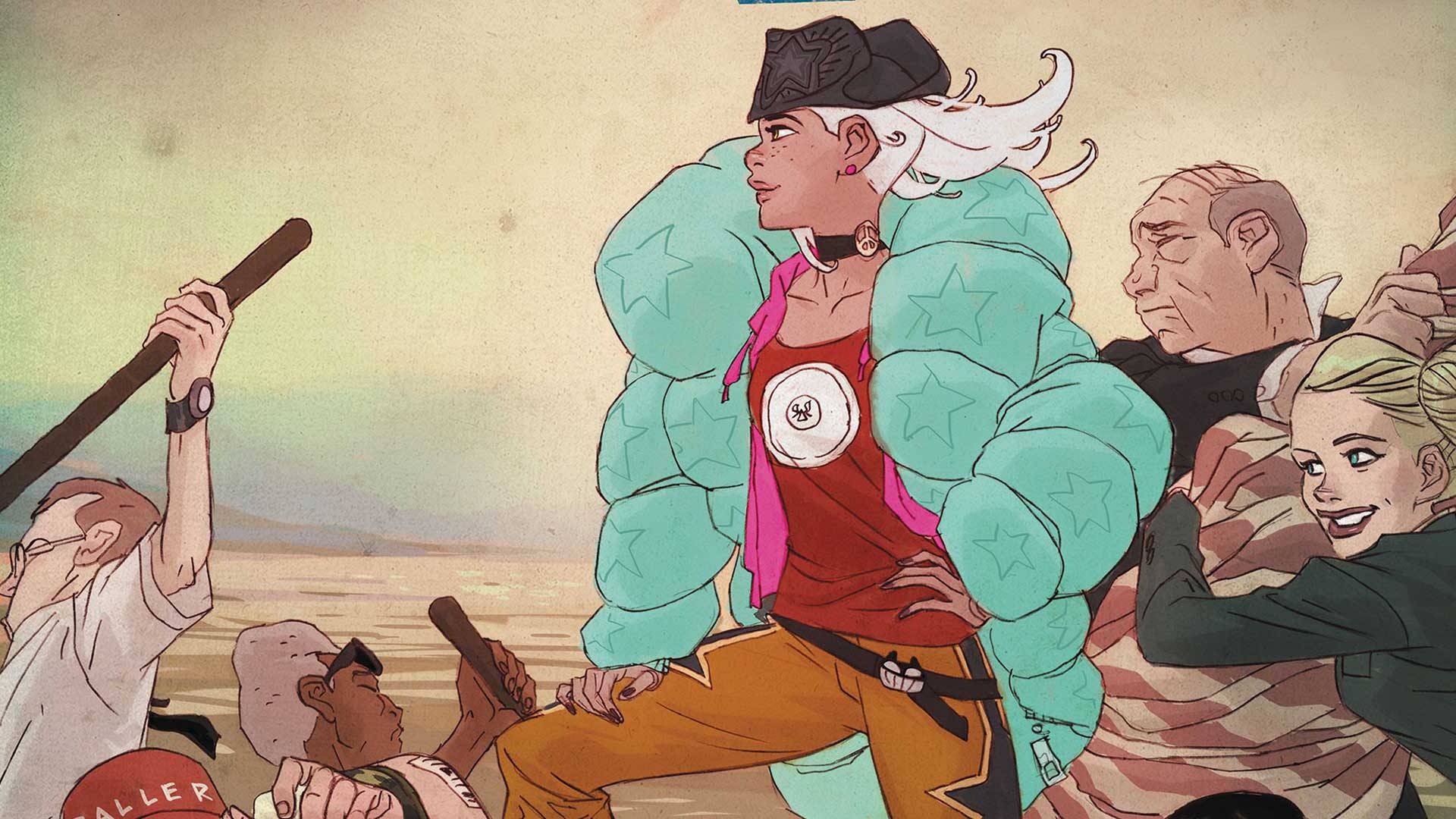 There's simply no character better to top this list in 2016. Prez may not have received much attention at first, but by the end of last year the series was rocking "Best of" lists including ours at ComicBook.Com. Beth Ross exists in a parody of the current status quo, but one that doesn't feel impossible no matter how silly it gets. While corporations plot wearing holographic faces and drone strikes are run like a game of Call of Duty, Beth was elected to the Presidency through a social media campaign based on her embarrassing "Corndog Girl" video.

She made a lot of bold moves for the good of the nation in the first volume of the series by confronting issues of National security and healthcare (as America is ravaged by the Feline Flu) with a constant focus on doing what is best for the people. Despite its harsh take on the current political climate, Prez offers an optimistic tone aimed at making things better and bringing different ideas together. It may seem surprising, but the teenager Beth Ross may be just what America needs (at least in comics).

President Henry Blades is a man with a truly difficult "what if" scenario to confront in Letter 44. On the day he enters the Oval Office he discovers that aliens exist and they appear to have their eye on Earth. His story only gets wilder from there as each day brings new challenges and impossible questions. Everything from economic to military matters is directed by this outside concern, and there are no clear answers.

Blades has performed admirably so far, especially considering the many pressures of the obvious. He has had every part of his life attacked and managed to keep his soul throughout it all. The story isn't over and Blades has many challenges left to face, but he's already performed better than many of his opponents might in a similar situation.

3. Gary Callahan a.k.a. The Smiler

Choosing between "The Smiler" and "The Beast" in Transmetropolitan is the definition of being trapped between a rock and a hard place. Both are fantastic characters and truly monstrous politicians. "The Smiler" is something truly new and sinister though, whereas "The Beast" was an homage of Richard Nixon filtered through the eyes of his constant journalistic detractor Hunter S. Thompson. Gary Callahan reveals why you might be better off with the evil you know over the evil you don't.

His charming image and constant grin belied a sinister soul that was only interested in seeking additional power. He lied, cheated, and murdered his way into the Presidency, then continued all those activities from a place of power. There are few better examples of absolute corruption in all of comics than "The Smiler" who appears like the platonic ideal of a two-faced politician. Even with all of his misdeeds to consider, it's hard to not admire "The Smiler" for being good at what he does, even if what he does is awful.

Dakota Bob was never truly a hero or villain in The Boys, a series with a few of the former and lots of the latter. He may have been a jerk, but Bob was also a tough as nails, no nonsense character who wasn't willing to give in entirely to corporate interests. He held a line against the worst of the power mad superheroes in The Boys as long as he could, unwilling to become entirely corrupt.

Unfortunately, it turns out that Dakota Bob has a weakness for wolverines, one that would cut his term short leaving Victor K. "Vic the Veep" Neuman in charge. If there was one easy way to prove what a competent President Bob was, it's to watch "Vic the Veep" in action. His easily swayed and dull witted personality allows things to go terribly wrong, proving that a jerk with a strong resolve and common sense is better than the alternative.

Sure, he wound up taking a Kryptonite-based drug, putting on a powersuit, and battling Superman, but if you put that aside, was Lex Luthor that bad of a President? After seeing the Presidency as another opportunity to assert himself as Superman's superior, Luthor ran a very successful campaign and White House. He appointed excellent officials to offices, including Amanda Waller and Jefferson Pierce, and tackled issues outside of Big Blue.

Of course, you can't really get around how his Presidency ended with Luthor stark raving mad and fighting America's greatest superhero. It was an unfortunate choice that led to his impeachment and imprisonment. Isn't it possible Luthor could have put his brilliant mind to use for 8 successful years and a better America in another time though? No, probably not.

It's hard to determine whether this anthropomorphic office holder was much of a politician or President. His purpose in Captain Carrot was primarily to drive the insane plots forward, declaring threats and wagging his fing... er... feather. There are worst directions to go than a lame duck President though. While doing nothing may mean doing no good, it also means doing no harm. Fillmore may not be the most effective President on this list, but he's certainly a fine alternative to mad men like "The Smiler" and Lex Luthor.

Really, the only reason that this duck doesn't rate any higher on the list is that his name is missing an obvious pun. Call this President Mallard Fowlmore and you'd have a politician capable of inspiring monuments.

Now tell us who your favorite comic book Presidents are and whether you'd consider them as a better fit after the election results were announced in the comments below.