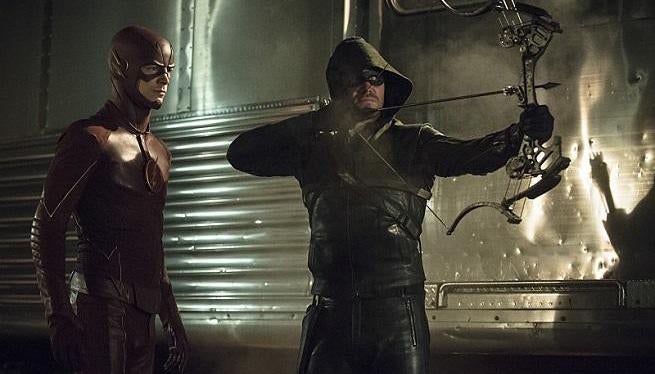 Did you miss The CW's Flash and Arrow series last season?

If yes, then firstly: Shame on you, because both shows are some of the best superhero television you'll find on any airwave. But more importantly, not all hope is lost for your superhero-less soul. As DC Entertainment announced today, The Flash Season One and Arrow Season Three Blu-Ray and DVD box sets are coming this September. On top of several hours of bonus content, each series set will contain deleted scenes, commentary, and a gag reel.

* The Man Beneath the Suit – Atom's First Flight

* The Chemistry of Emily and Grant Screen Test

* Behind the Story: The Trickster Returns!

Blu-Ray Sets for both series will run at $60.10, while DVD sets will cost $59.98. They will both hit shelves on September 22. And be sure to check the box art for each set in the gallery below.

Arrow and The Flash will both return to the CW for more seasons this Fall.