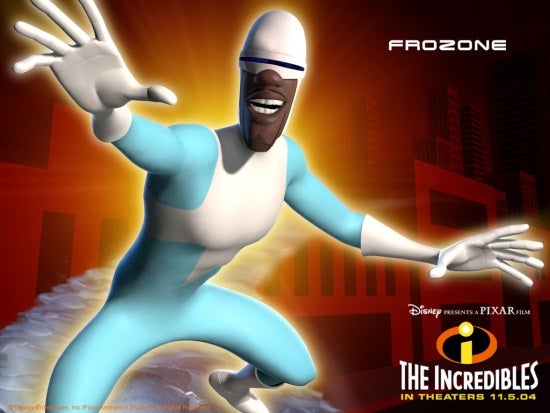 While on the press tour for “Captain America: The Winter Soldier,” Samuel L. Jackson told Digital Spy that Frozone, the superhero with ice-based powers that Jackson voice in “The Incredibles,” is planned to appear in “The Incredibles 2.”

"Every time I run into Brad [Bird, director] he always tells me Frozone is part of what's going on, so I have to believe that," he said. “I guess they could be the Incredibles without Frozone, but I think Frozone would be a wonderful addition to what's already there. I'm just looking forward to seeing what Jack-Jack turned into."

In the original, 2004 “The Incredibles,” Bob Parr (A.K.A. Mr. Incredible), and his wife Helen (A.K.A. Elastigirl), are the world's greatest famous crime-fighting superheroes in Metroville. Always saving lives and battling evil on a daily basis. But fifteen years later, they have been forced to adopt civilian identities and retreat to the suburbs where they have no choice but to retire of being a superhero and force to live a "normal life" with their three children Violet, Dash and Jack-Jack (who were secretly born with superpowers). Itching to get back into action, Bob gets his chance when a mysterious communication summons him to a remote island for a top secret assignment. He soon discovers that it will take a super family effort to rescue the world from total destruction.

No plot details or release date has been announced yet for “The Incredibles 2.”

Frozone To Be In The Incredibles 2