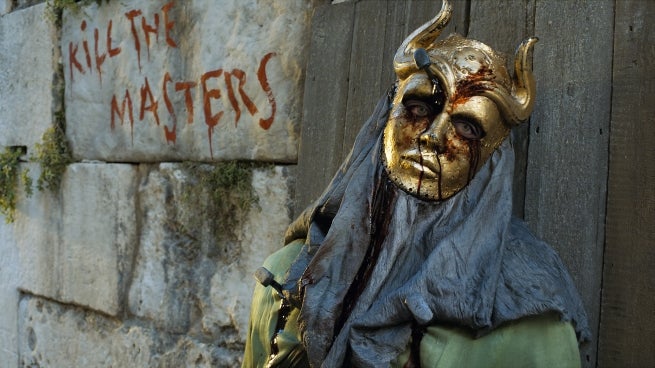 HBO has released several new videos and photos from the second episode of Game of Thrones’ fifth season, “The House of Black and White.”

This week’s “Inside the Episode” has showrunners D.B. Weiss and David Benioff going in-depth on the show’s first trip to Dorne, Kevan Lannister’s defiance of Cersei, and Dany’s most challenging decision yet as ruler of Meereen.

This week’s video discussion with creator George R.R. Martin has the author discussing the process of electing a new Lord Commander of the Night’s Watch.

A third featurette has stars Nikolaj Coster-Waldau (Jaime Lannister) and Lena Headey (Cersei Lannister) talking about what Dorne’s threat against their daughter, Myrcella, means to their characters.

The final featurette has the cast and crew talking about turning Spain into the Water Gardens of Dorne.

Check out ten new images from the episode in the gallery below.

Game Of Thrones: New Videos & Photos Go In-Depth On The House Of Black And White