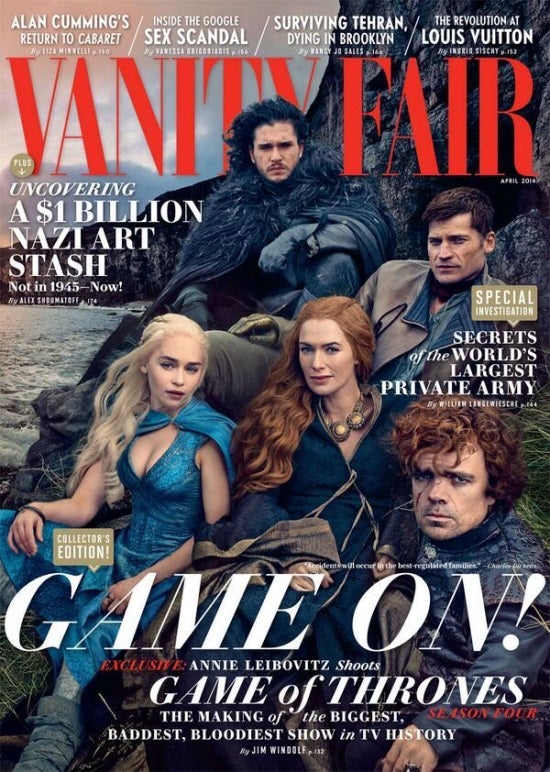 The cast of Game of Thrones can be seen on the cover of the latest issue Vanity Fair in advance of the show's fourth season, premiering in less than a month.

Vanity Fair also caught up with the show’s co-creator, David Benioff. They discussed how the television series is catching up with George R.R. Martin’s A Song of Ice and Fire series of books that are their source material. Benioff said, “They are. Yes. It’s alarming.”

However, Benioff said this is something he has discussed with Martin himself, saying, “Last year we went out to Santa Fe for a week to sit down with him [Martin] and just talk through where things are going, because we don’t know if we are going to catch up and where exactly that would be. If you know the ending, then you can lay the groundwork for it. And so we want to know how everything ends. We want to be able to set things up. So we just sat down with him and literally went through every character.”

Of course, Martin can only give them so much, as writing is an organic process, and Martin still holds hope that the television series will never actually progress ahead of his books. Martin told Vanity Fair, “I can give them the broad strokes of what I intend to write, but the details aren’t there yet. I’m hopeful that I can not let them catch up with me.” 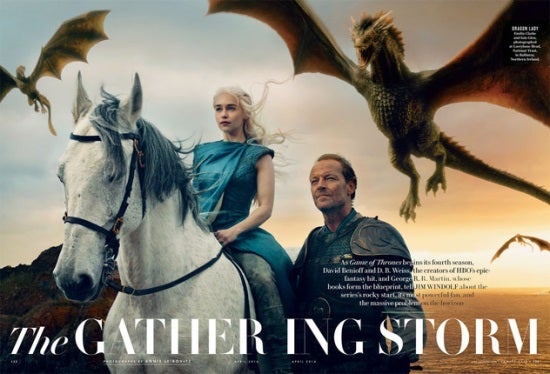 Game of Thrones On The Cover Of Vanity Fair, Creators Already Know How The Series Ends