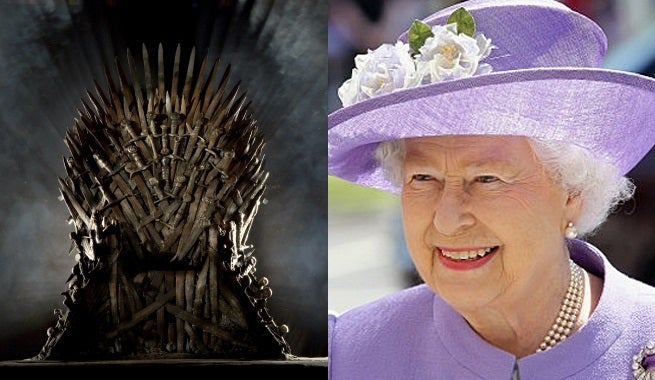 As part of the promotional tour for Game of Thrones Series 5, producers David Benioff and D.B. Weiss have been travelling with a replica of Westeros’ Iron Throne to premiere events around the world. At one of these events, Queen Elizabeth of England greeted the producers, but passed up the opportunity sit the Iron Throne herself.

Turns out there’s a reason for that, as Weiss and Benioff explained to Seth Meyers on an episode of Late Night.

“Apparently the Queen of England is not allowed to sit on a foreign throne,” says Benioff. “This is an esoteric rule we didn’t know about until that moment.”

Apparently this rule extends to fictional thrones as well. Wouldn’t want the Queen of England laying claim to the Seven Kingdoms, now would we?

(via the Watcher on the Wall)