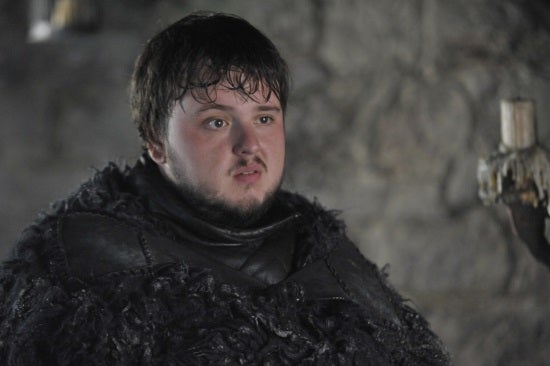 Samwell Tarly is poised to make some pretty catastrophic decisions in season 4 of Game of Thrones, according to the actor who plays him, John Bradley.

Bradley told The Hollywood Reporter that Sam has more “self-worth” than ever, but that fans can expect to see something different from Sam this season.

"There are moments early on in season four where certain parts of Sam's neuroses and his paranoia and some of the less appealing aspects of his personality come to the fore for the first time," Bradley said. "For the first time we see him make some pretty selfish, self-centered decisions that are beneficial to nobody and could be utterly catastrophic."

Last we saw Sam, he had finally gotten Gilley and her child past the wall and to safety from the White Walkers. Sounds like a lot will be resting on his shoulders in Game of Thrones Season 4.

Game Of Thrones Season 4: Catastrophic Decisions Will Be Made