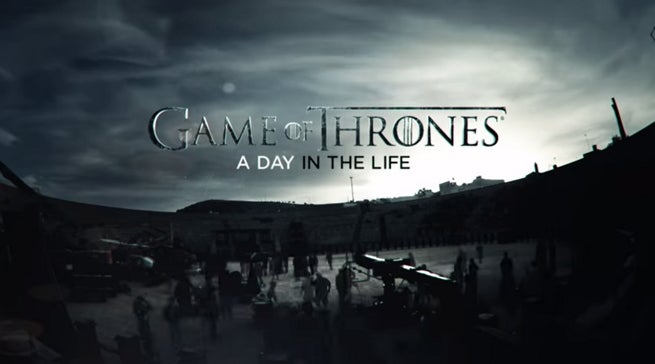 HBO has released Game of Thrones: A Day in the Life online.

The behind-the-scenes Game of Thrones special, which originally aired on HBO on February 8, give fans an inside look at one full day of filming on a Season 5 episode of the hit series.

Game of Thrones: A Day in the Life visits all three of the show’s major filming locations, in Croatia, Northern Ireland, and, for the first time in Season 5, Spain.

Check out the full special below:

Game Of Thrones Season 5: A Day In The Life Released Online