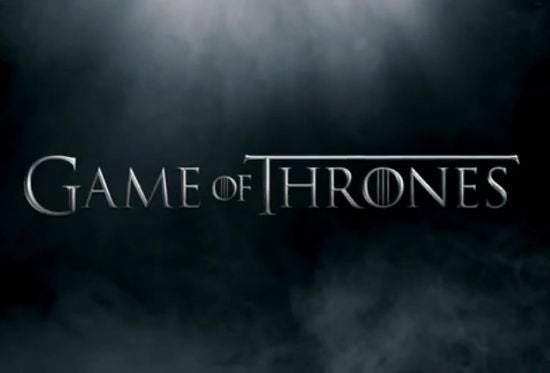 So, let's get this out of the way first... SPOILERS! LOTS AND LOTS OF SPOILERS! YOU HAVE BEEN WARNED! Still There? Okay.

Season 4 of Game of Thrones is nearly upon is, and its got a lot to live up to after the Red Wedding and the end of Season 3. Season 4 is said to cover the second half of the novel, "A Storm of Swords." As such, we thought it would be a good time to point out the events that take place during the tail end of that book that we are most looking forward to seeing brought to life on HBO. 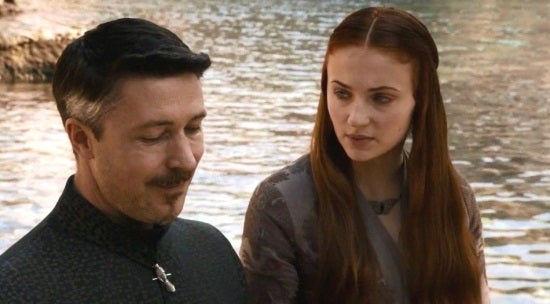 Sansa’s Escape from King’s Landing - In Game of Thrones, nothing ever turns out quite how you think it will (bet you didn’t expect that wedding to turn out quite so red, did you?). This fact proves true again for poor Sansa, who has been held hostage by the Lannisters in King’s Landing since day one of the war. Finally presented with an opportunity to escape, she takes it…but only to find herself the captive of Petyr Baelish instead, who shuttles her off to the Eyrie. Littlefinger is one of the show’s most intriguing characters, and taking Sansa away is one of his boldest moves. Seeing Sansa and Petyr play house in the Vale of Arryn should be an interesting and exciting story arc for Season 4. 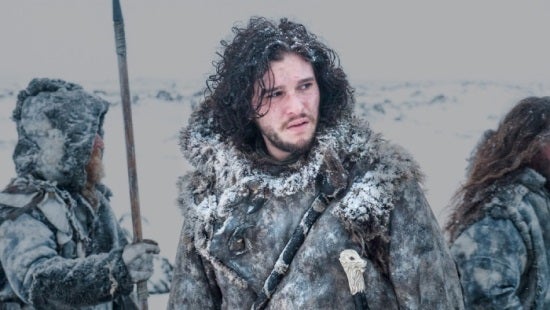 The Battle of the Wall - The Lord of the Rings has the Battles of Helm’s Deep and of the Pelennor Fields. Game of Thrones has the Battle of the Blackwater and, as we’ll see in Season 4, the Battle for the Wall.  Jon Snow and the Night’s Watch have a legion of Wildlings bearing down on them. They’re outnumbered, but they’ll stand at the wall ready to die to keep the Wildlings out. In a show that’s usually all about intrigue and politics, it’ll be something special to see an epic battle like this play out. 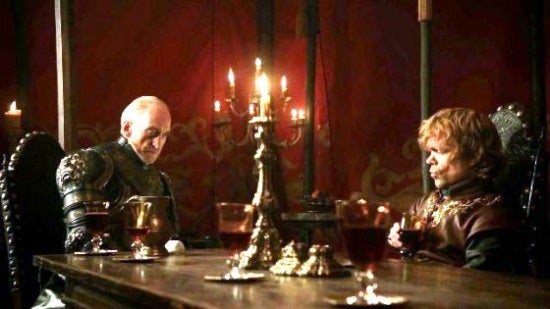 Tyrion Lannister, In the Latrine, With the Crossbow - The unrelenting animosity between Tywin and Tyrion Lannister has been tensely building throughout the entire show. That relationship will finally come to a head (no pun intended) in Season 4, when Tyrion finally catches his father with his pants down (I just can’t help myself). This is a real “point of no return” moment for Tyrion Lannister, and one of the most satisfying fatalities of the entire series. Speaking of which… 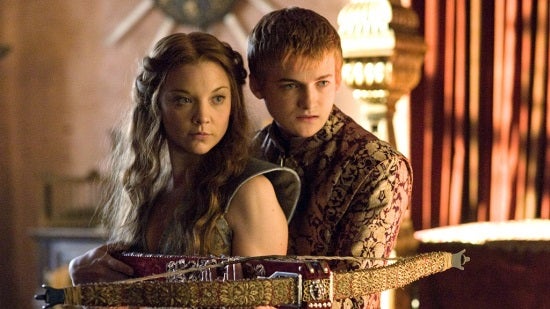 The Purple Wedding - In Season 4, fans will be invited to Westeros’ second most infamous wedding, that of King Joffrey and Margaery Tyrell. Things don’t go well for the groom, as a glass he believes to be full of wine turns out to be full of karma. And by karma, I mean poison. It brings the junior sociopath’s existence to a satisfying end, and I’m sure fans of the show will be as happy to see him go as all of the other characters in the show are. 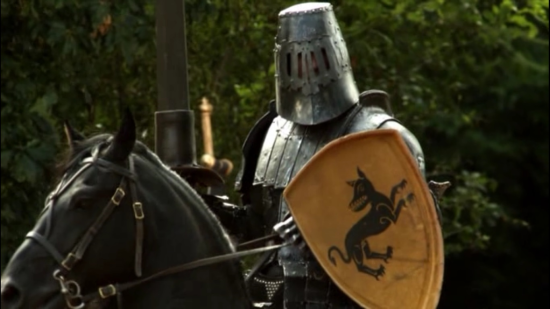 The Red Viper vs. The Mountain - The main event of the season, a one-one-one duel between Dorne’s own Oberyn Martell and Gregor Clegane, the Mountain That Moves. Clegane raped and murdered Martell’s sister years ago, a wound left open for the Martell family since Clegane was never brought to justice. When Tyrion is accused of murdering Joffrey and demands trial by combat, the Lannisters name the Mountain as their champion. Seeing an opportunity to exact his revenge, the Viper volunteers as Tyrion’s champion. Its one of the most emotional and engaging combats of the entire series, so here’s hoping the the showrunners can do it justice this season.

Game Of Thrones Season 4: The Five Things We Can't Wait To See