Since appearing on the scene a little more than ten years ago, DC Entertainment Chief Creative Officer Geoff Johns has become a household name to comic book fans, crafting a nearly decade-long run on Green Lantern that's changed completely the way the character is perceived both by readers and the publisher (who now treat Hal Jordan and friends as A list heroes). But before and during his time on Green Lantern, the writer had a series of other notable runs widely considered to be among the best on the characters in question. His success on Green Lantern tends to overshadow the others, but it quickly becomes clear that the reason he's picked for projects like Vibe in spite of their relatively limited appeal to other media is that he's able to take also-ran characters who are widely ignored or mocked and turn them into something that the average reader cares about, often by making one or two major tweaks to the character's backstory that changes the way s/he's viewed. And, yes, for the sake of getting another notable title on the list, we're omitting Green Lantern. Since the list occurred to us as he's leaving GL and everyone's taking stock of that run, it seemed silly to include it. You can just take it as read that Johns's Green Lantern is as good as or better than most or all of these. 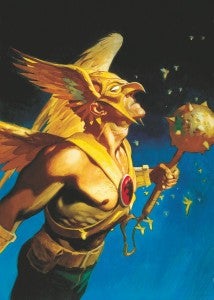 Hawkman Johns's time on Hawkman was mostly remarkable for making fans care about a character that they ordinarily wouldn't--one of the habits that you'll see echoed a couple of times on this list. Reintroducing and reinventing the damaged character in JSA, Johns was able to launch the title again and make it a critically-acclaimed, best-selling book. What's probably the most telling is that, even though Johns didn't "end" the story here like he did on The Flash, the next creative teams were still never really able to capture the magic of what Johns had accomplished and the book spiraled. A strong seller during Johns's run, it retained enough fans and publisher enthusiasm to limp along for 66 issues (Johns wrote the first 25) but was never really the creative force or critical darling that it was during Johns's run, in spite of names like Palmiotti and Gray, Howard Chaykin and Walter Simonson working on the book during the rest of the run. 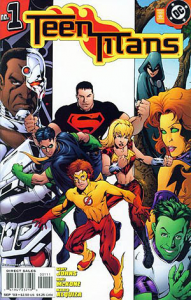 Teen Titans Johns's run on Teen Titans is essentially the next generation's response to Grant Morrison's JLA. The concept of the Titans had been a huge success in the '80s, but after that version was cancelled it had been all over the map, with new approaches and different lineups tried, none of which really succeeded the way DC hoped. Enter Johns, with the seemingly-simple philosophy of telling big, sweeping stories featuring the best heroes of their generation; you bring back Robin, Wonder Girl, Speedy and the rest (now different people, of course) and throw Superboy in there for good measure to create a junior version of Morrison's successful "Big Seven" Justice League. With a lineup in place that would draw the largest possible number of casual readers in for the first arc or two, Johns's job was to tell stories compelling enough to keep those people around after the fact...and he did, for almost fifty issues, building a base strong enough that when he left the series would continue for 100 issues, lasting until Flashpoint rebooted the DC Universe. Compare that to the previous attempt at relaunching the franchise, Devin Grayson's Titans, which lasted only 50 issues and was met with critical indifference; or the previous version to have "Teen" in the title, Dan Jurgens and George Perez's dramatic re-envisioning of Teen Titans in the '90s, which lasted only 24. 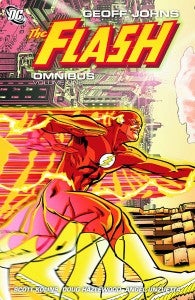 The Flash We're talking the pre-Rebirth, Wally West run here. Nothing against Johns's Barry Allen work, but it just wasn't on the same level as what he accomplished before and leading up to the story where he finally gave Wally West a peaceful, sentimental send-off and a happy ending. That, by the way, was arguably his greatest accomplishment on the book and it's too bad it didn't last. Reinventing the Rogues, Johns did something that previous writers hadn't managed: connecting the villains and the world he inhabited directly to Wally West, rather than previous iterations, which had been very Barry Allen-centric and which had basically connected to Wally by virtue of his having taken over the job. At the same time, Allen was around every corner, and Wally's family history--which had been largely off-limits during the Mark Waid run as the publisher wanted to establish their character as the one and only Flash--started to rear its head often enough that the run still feels integral to the Flash legacy even though that legacy has been left shattered since the launch of the New 52. 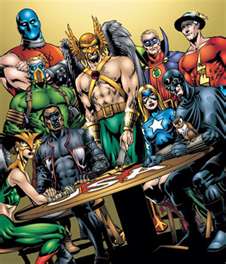 JSA The book that launched Johns into stardom, JSA took elements of Johns's first DC work (Stars and S.T.R.I.P.E.) and integrated those with the classic characters and concepts of the JSA. He and James Robinson, who has some experience with such things, explored the nature of family and tradition in the DC superhero community as it existed before Flashpoint and used that to propel the story forward, even managing to do one of the hardest things to accomplish in modern superhero comics: pushing a couple of new creations forward to become fan-favorites. This is a run that may not be remembered quite as fondly as the others, as it was uneven and it petered out at the end, but it's remarkable not only for being a big stage on which Johns was able to prove himself but also for giving fans a sneak peek at so many of the things Johns would try (and generally succeed at) over the years. 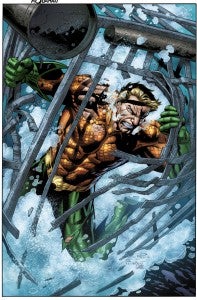 Aquaman The King of Atlantis has had some of the most distinguished comics talent of the last thirty years working on his title, often without producing sales success to speak of; Peter David, Erik Larsen, Dan Jurgens and Kurt Busiek all did runs on the title that were met with reviews that ranged from solid to ecstatic and even at their best, they were only able to capture the audience's interest for a short while. Geoff Johns, in a run that isn't finished yet and hasn't lasted as long as anything on the list above, has managed to reinvigorate Aquaman, making Arthur Curry arguably the character who has benefitted the most from the New 52 reboot, and along the way has kept the book consistently at the top of everyone's must-read list. Honorable Mention: Booster Gold Beginning with 52, Johns was part of a creative brain trust that reinvented Booster Gold from the ground up, and after that event series was over, Johns (along with writer and producer Jeff Katz and artist Dan Jurgens) took on a new, ongoing Booster Gold comic for the first time since the character's creation in the mid-'80s. Though it only lasted a year, the Johns/Katz/Jurgens run established a new status quo for the character that not only reinvented Booster without losing anything he had done in the past, but allowed for such a massive amount of flexibility in the types of stories being told that it's possible all of it still counts and we just haven't seen it on the page yet. It also allowed readers to connect emotionally to Booster for the first time in years (having been treated like an also-ran for nearly a decade, the character rarely had any moments of quiet contemplation in the years leading up to 52). Incorporating the best elements of that original run, the Giffen/DeMatteis Justice League run that endeared Booster to the fans and 52, Johns's Booster Gold set the stage for a nearly 50-issue run (actually, exactly fifty if you include #1-47, #0, #1,000,000 and a Brave and the Bold issue starring Booster, written and drawn by series writer Dan Jurgens, which came out in the middle of the book's run). Not bad for a "third-string" character whose first series ended at 25.