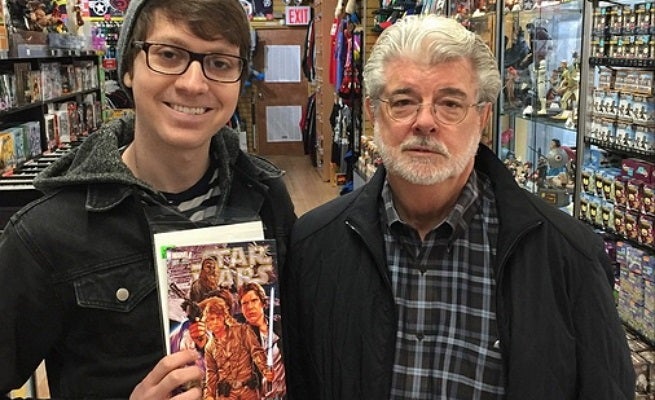 Star Wars creator George Lucas surprised employees at New York’s Midtown Comics in Times Square when he stopped by the store to pick up some new comics.

“He came in and was browsing the store, looking at the Star Wars stuff,” a Midtown employee told Page Six. “He was only in for about 15 minutes, his driver was waiting outside. Fans were pretty excited to see him and he signed a comic book. He was saying he hadn’t read any of the new Star Wars comics.”

Lucas apparently plans to change that, as he left the store with copies of Marvel’s new Star Wars, Darth Vader, and Princess Leia series, as well as some vintage Heavy Metal. You have to wonder what Lucas thinks of the new stories.