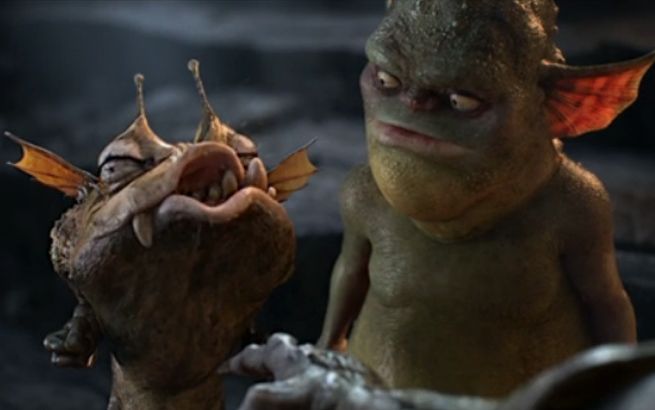 Lucasfilms has released its first official trailer for Strange Magic, the animated feature film written and executive-produced by George Lucas.

With Lucas as the film's creative godfather, Strange Magic explores the world of fairies, goblins, and elves both good and evil. Lucas's realm is split between a bright, cheery kingdom and a dark forest filled with all manner of nasty creatures. But when the barrier between the worlds is finally broken, the opposing creatures must learn to co-exist.

"[Lucas] really wanted to make a beautiful fairy tale with goblins and elves, and do it in a way that only this company can do. He had been working on it for a long time," director Gary Rydstrom told Yahoo Movies, who also debuted the trailer. Rysdtrom's past credits include Pixar shorts Lifted and Toy Story's Hawaiian Vacation.

"We're not Pixar or Disney Animation…this is our own thing, this is a Lucasfilm project," he clarified. You can see just how independent the film will feel in the trailer below.