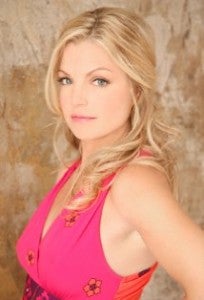 Most people probably know Clare Kramer from her hard-hitting role as Glorificus (Glory), goddess of a hell dimension on the popular television series Buffy the Vampire Slayer or her turn in the cheerleader comedy film Bring it On.  While she is proud of her work in those pieces, Kramer is proving to be quite the force behind the scenes in many enterprises, such as one of her biggest and newest, the website Geek Nation.  In my conversation with Kramer, she spoke about this new endeavor, as well as what she waves her geek flag for. Nick Winstead:  Tell me about Geek Nation.  How did this project come about? Clare Kramer:  Geek Nation is an online platform for all things entertainment.  Blogs, editorials, video content, writing, podcasts, and the impetus behind it came about a year and a half ago.  A group of artists got together and decided that we wanted to have a venue for ourselves and our projects that was outside of the studio system, not that there's anything wrong with that, but going through the studios and networks, there's such an arduous process to getting things on the air.  I have so many friends that are artists, writers, directors and such and we wanted to create a space that would be a home for sponsoring that type of content quickly.  You know what I mean? NW:  What was the process like of putting all this together? 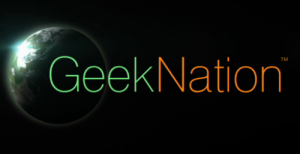 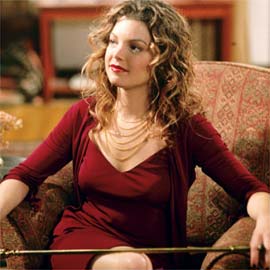 CK:  You know, it was such a gift when I got the role on Buffy.  I learned a lot while I was filming.  I learned a lot from Sarah Michelle Gellar.  She is a consummate professional and I learned a lot from being around her.  Buffy was one of my first jobs as an actress.  I was able to act as a sponge and absorb all the knowledge there, and the knowledge of Joss.  I worked with some great writers.  After the show ended, it has continued to have legs in terms of a fan base, and I'm so grateful to those people because it's enabled me to travel the world, to meet people, and go to such great places.  I've met so many people who were so passionate about it and that's just wonderful to be a part of. NW:  You have this travel schedule and that following, for sure.  How are you balancing all of this now that Geek Nation is taking off? You have some other roles coming up and other projects, a family.  How do you usually keep yourself sane during all of this activity? CK:  Here's the thing [laughs] I have three little ones, a four month old, a two year old and a four year old.  I have Megaspider coming out in a few months, I have a book coming out and I have Geek Nation.  I believe as a woman you can have it all and I think I'm proof of that [laugh].  I don't get much sleep, but I'm all about being in the moment.  If I'm at work, I'm at work.  If I'm with my kids, I'm with my kids.  There's a way to achieve it all and I've been figuring that out for the past ten years NW:  When I was doing research for this interview I was continually finding out about how active you are in so many areas with charity work, acting, producing, writing, family and so forth. CK:  I try to volunteer once a month at my daughter's preschool too.  I treasure that time, as it goes far too quickly. NW:  What else is on the horizon for you?  What can our readers expect to see coming their way from you in the near future? CK:  I have Megaspider coming out, and I also have a movie called The Dead Ones and that should be coming out this fall as well.  I'm working on writing a script that I'm hoping to get into production for next year.  Other than that I'm focusing on 5 X 5 a lot.  I really want to get a wide audience with that.  I just really think I enjoy doing radio.  That's essentially what a podcast is is radio.  It's so fun, and there's something really fun about the quick banter and having to articulate everything through your voice.  It's so different from film and television acting.  In that just a facial movement or a gesture can communicate an emotion.  With radio, you have got to verbalize everything and get it out there.  Very different than film. There is a lot more to be learned about Clare, Geek Nation, and the other aspects of her life and career.  To check out Geek Nation for yourself, click here!  To follow Clare and her various goings on, follow her on Twitter @ClareKramer . You won't be disappointed!

Goddess of Geek Nation: A Conversation with Clare Kramer

My Hero Academia Just Dealt One Hero a Brutal Injury

Mark Hamill Responds to Guardians of the Galaxy Cameo Rumors

Street Fighter 6 May Be Releasing Sooner Than You Think