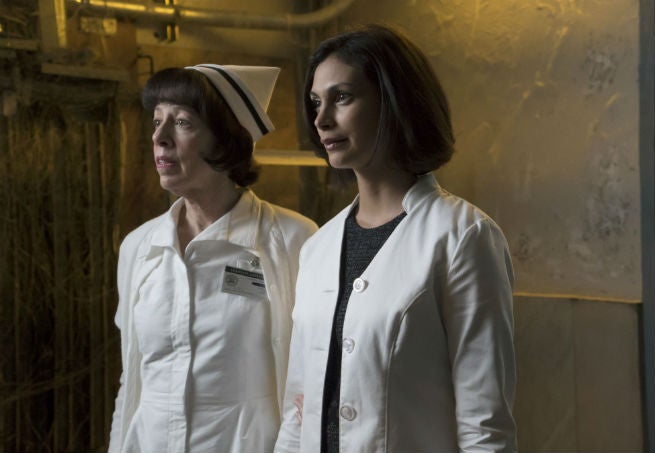 Tonight's episode of Gotham was a return to one of the places where the first half of the season succeeded best; conspiracy, misdirection and betrayal.

There wasn't actually all that much comic book stuff in the episode (aside from the various characters who appear regularly enough that we've covered them to death already in previous columns, but...there was some. And at least one character we can speculate wildly about.

Shakespeare's play, performed near the start of the episode, deals with someone who conjures up a storm to misdirect attention away from a plot he's hatching. Those surface similarities are the only ones that spring immediately to mind (with the "storm" in this case being framing Dorothy Duncan and getting her to free the inmates), but there may be more. Shakespeare fans, care to chime in? 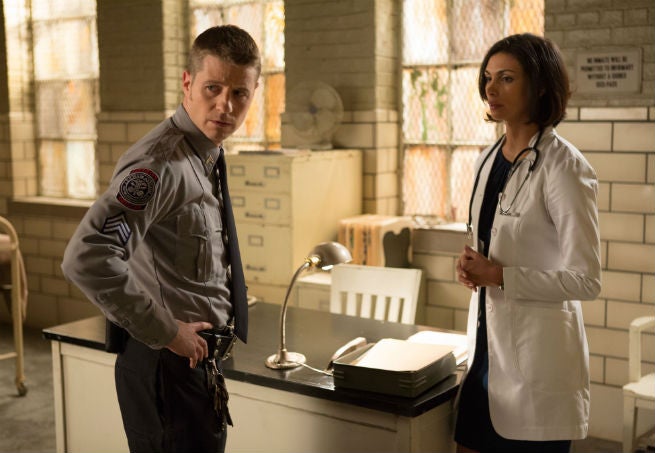 In the comics, Dr. Thompkins is a family friend of the Waynes': an old friend of Thomas' who helped Alfred raise Bruce. She knows his secret and disapproves of his activites as Batman but will always do her best to help fix him up.

She carries on the charitable spirit of the Waynes, running a free clinic and providing sound moral advice to Bruce from time to time.

During the "War Games" storyline, Dr. Thompkins told Batman that she had allowed Stephanie Brown -- formerly spoiler and at that point Robin -- to die by denying her medical care to teach Bruce a lesson. In reality, she had set Stephanie up with a new identity and sent her out of town...but the shadow of that story has always hung over the character since, and was likely why she was seemingly treated as a possible suspect in this episode. 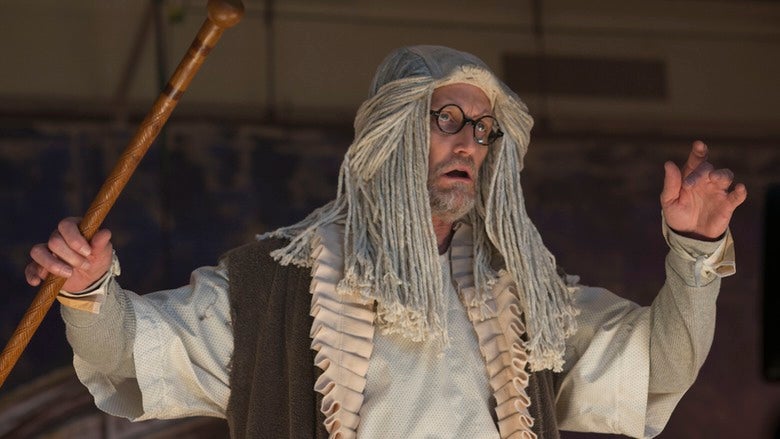 Like many characters in Gotham, there's no direct analogue for Gruber in the comics, although a pair of electricity-powered villains -- Volt and The Electrocutioner -- have been proposed over at Bustle.com. The latter is particularly noteworthy becuase he targeted criminals and was succeeded by others who used his name and equipment after his death, making him a perfect longer-term villain for Gordon in the prequel series since the conflict can plausibly lead to his death or permanent imprisonment and it won't break the mythology.

They name Gruber as Electrocutioner in the preview, though I saw shades of Maxie Zeus in the Morrison's Arkham due to the use of electrotherapy, and maybe a bit of Hugo Strange with the glasses and beard and his experiments with the other patients.

Another possibility, given his flair for the theatrical, is that he could turn out to be a precursor to The Ventriloquist. Why? 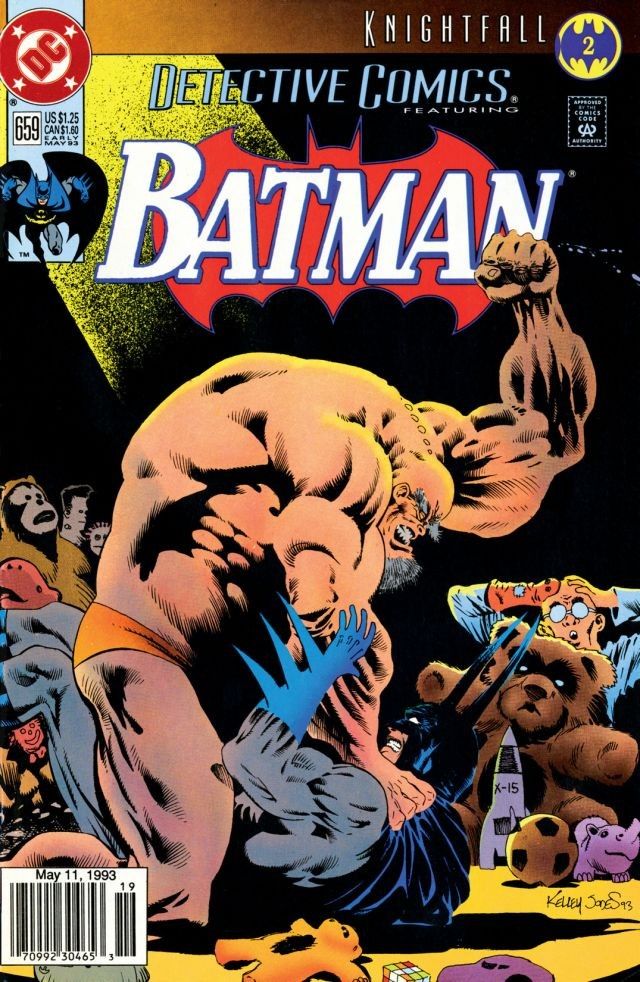 Well, here's The Ventriloquist's pal Amygdala, who surprisingly is one of the first recurring Batman villains to appear as a killer-of-the-week.

And, hey, it works. As you can see above, he seems to have a few years on Batman.

Amygdala is a super-strong and mentally unstable villain. Prone to fits of violent rage, an Arkham doctor removed the amygdala in his brain in the hopes of calming him. It had the opposite effect and has lessened his mental capacity and made him completely unable to control his emotional reactions; he is also now prone to violent outbursts at the slightest provocation.

Helzinger is not intentionally evil, and tends to be simple-minded and good-natured, but his savagery makes him dangerous. Amygdala was created by Alan Grant and Norm Breyfogle, first appearing in Batman: Shadow of the Bat #3 and shortly thereafter had one of his most memorable storylines, pictured above.

Included only becuase people will wonder otherwise; there is no indication that Lang or Duncan were based on any existing characters in the small amount of research I did.

Some notes from our readers:

And nobody heard the Joker Laugh during the escape attempt?

Not really an Easter egg since Ivy clearly says "I'm a vegan," but it shows peak at here connection to plants.