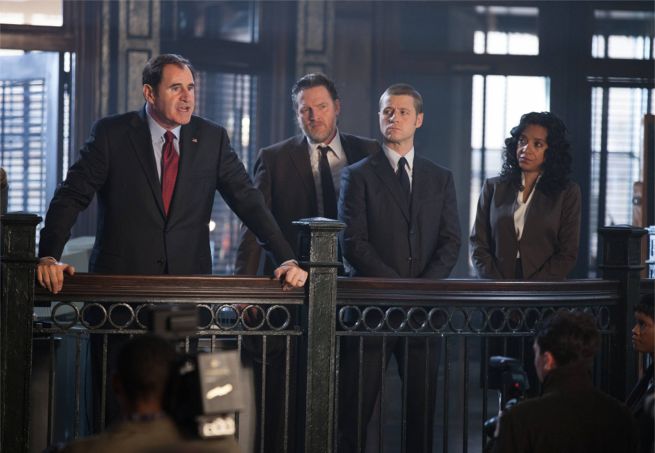 While tonight's episode of Gotham wasn't the smorgasbord of Easter eggs that we saw in the series' pilot, there were plenty to go around.

Penguin's subplot was surprisingly devoid of them -- unless somebody saw some in his cuckoo collage that we'd missed -- but nearly every other character had at least one line that harkened to something in the wider DCU.

Not technically a reference but it is what it is. The abductors working for the Dollmaker have the pen gimmick, and in a series that has been described as the journey of Gotham City going from the control of traditional mobsters to costumed freaks with gimmicks, it's certainly a first step in that journey. 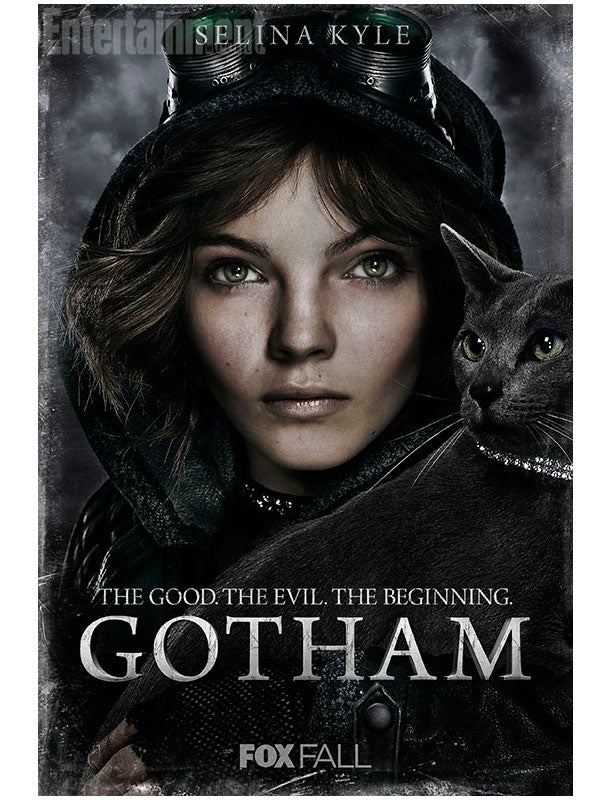 In spite of the fact that she's named Selina, everyone calls our Catwoman-to-be Cat.

This may be a play on the fact that "The Cat" was her original name, or just a wink and a nod toward her eventual destiny. Either way, it's a toe-curlingly-obvious reference.

Joker of the week?

Big stupid smiles on the abductors will, of course, make people wonder whether they could be Joker and/or Joker and Harley.

Normally we wouldn't dignify such a stretch, but on this particular show the producers have said that there will be numerous possible Jokers, red herrings, etc., and it seems like not giving these characters a name (as they didn't give a name to the comedian at the club last week) might be indicative that they're teasing him again. 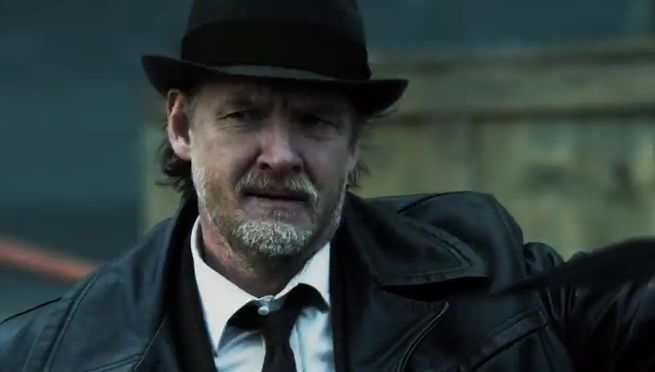 Saying that the unarmed, in-custody teen is fair game to be beaten on because he's a big guy who can take a punch sounds suspiciously like some of the conversation around Michael Brown, the 18-year-old shot and killed by police over the summer. That, too, would seem like a stretch except that last week Bullock also had some speeches that sounded suspiciously like the rationalizations given for the death of suspects in custody. It seems likely that having the "dirty cop" use those lines is a not-too-subtle way of establishing him as dirty and not just the "gets-stuff-done" cop who bends the rules that we see in almost every police procedural.

Essen: with the program

Apparently Essen is either dirty, or at the very least about as dirty as Bullock and other cops who are "with the program." That's certainly a break from her comics persona. 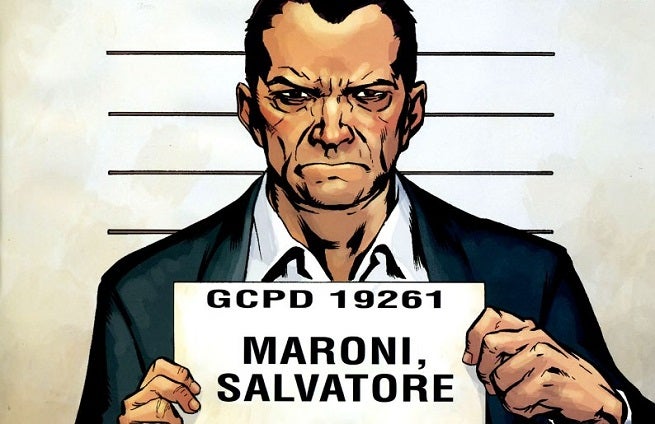 Sal Maroni is another major crime figure, one who's often fighting with The Penguin and the Falcone family for control of organized crime in Gotham in the comics. That he's getting a name-drop here certainly suggests that he'll be a player in the series going forward, which expands the existing Falcone/Mooney/Cobblepot struggle for control.

While the viral site for the TV series featured the Gotham Chronicle, the Gazette is far and away the more popular newspaper in comics and in most other media.

Gotham City Mayor Aubrey James, who first appeared in the comics in 2006, is the character played by Richard Kind here. It could be that he was named in the pilot and we just missed it, but in any event, he's explicitly "Mayor James" this week in a couple of lines of dialogue, which makes it worth a mention.

ATP is actually a naturally-occurring enzyme and not, as far as I can tell, a drug.

The one connection to the DC Universe? Miraclo, a drug used by people like Hourman, which bonds with the ATP in the body's muscle cells to create a "Adenosine Quad-Phosphate" which energizes the cells. 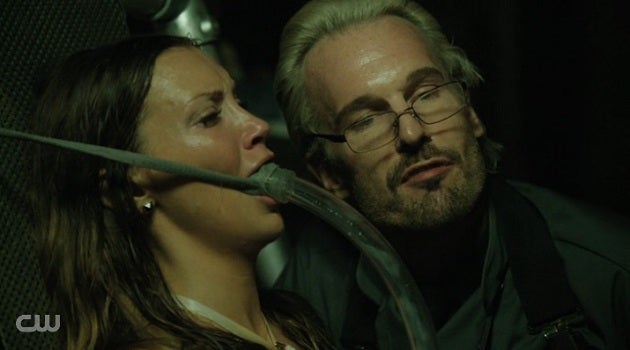 The Dollmaker, who sent the abductors, doesn't appear on camera but is name-dropped repeatedly and will presumably play a role later in the series since he is not arrested at the end of the episode.

Of course, many fans will recall that while he's a fairly minor character in the comics, the Dollmaker did appear in the Arrow Season Two episode "Broken Dolls," in which he abducted Laurel Lance and ultimately was killed.

Another instance of what seems to be injecting real-world controversy into the show, here we have Mayor James pulling a Rudy Giuliani and arresting homeless people and "sending them upstate," which in Mayor Giuliani's case was not necessarily to the penal system but literally just upstate on a bus, for the purposes of making the city look better by reducing petty crime and homelessness statistics.

If this is an intentional parallel, it's a weird one, since the practice has been out of the headlines for years; perhaps someone in the comments can tell us of a more recent instance where someone did this and it got some attention?

As far as we can tell, "Trident International Shipping" isn't a thing in the DC Comics Universe, but there are several Teen Titans supervillains named Trident.

Bruce sneaks up on them

When Bruce sneaks up on Gordon and Alfred, it's obviously meant to evoke his frequently appearing and disappearing in silence, surprising and frustrating both Gordon and, at times, numerous other characters.