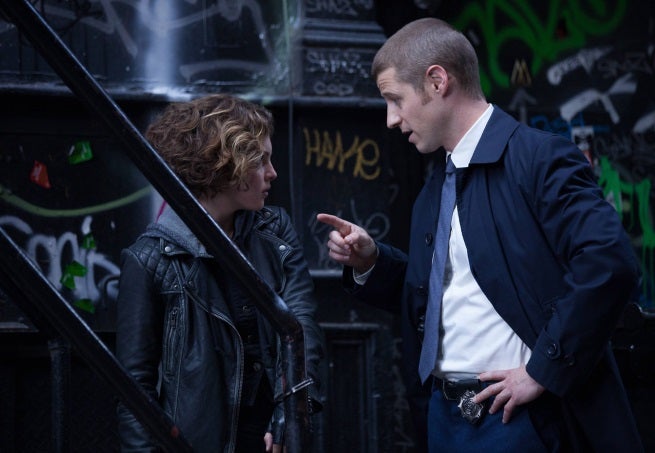 Fox has released two new preview videos for next week’s episode of Gotham, titled “The Balloonman.”

The first video shows James Gordon and Selina Kyle having a little conversation about we she did or didn’t see in the alley the night that the Wayne’s died.

The second video shows the Penguin, now passing as a busboy named Paolo, overhearing a conversation about the Falcones and Arkham.

In “The Balloonman,” Detectives Gordon and Bullock track down a vigilante who is killing corrupt Gotham citizens by attaching them to weather balloons. Meanwhile, Oswald Cobblepot returns to Gotham and gets a new job close to an important figure in the underworld.

“The Balloonman” episode of Gotham airs Monday, October 6 at 8 p.m ET/PT on Fox.