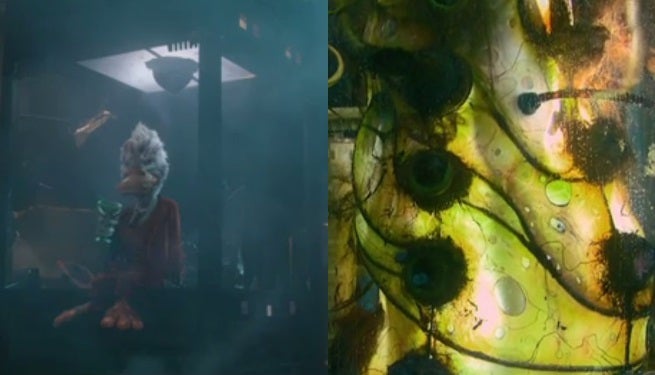 Marvel has released preview of the “Secrets of the Collector’s Lair” featurette from the Guardians of the Galaxy Blu-ray release (via IGN).

The Collector, played by Benicio del Toro, is an aptly named character, who collects artifacts and organisms from across the Marvel Universe. This made his lair an Easter egg hunter’s dream, and director James Gunn walks fans through some of the big ones, from Frost Giants, to Howard the Duck, to the creatures from Slither, one of Gunn’s previous films.

Guardians of the Galaxy will be released on Blu-ray, DVD, and Digital HD on December 9.