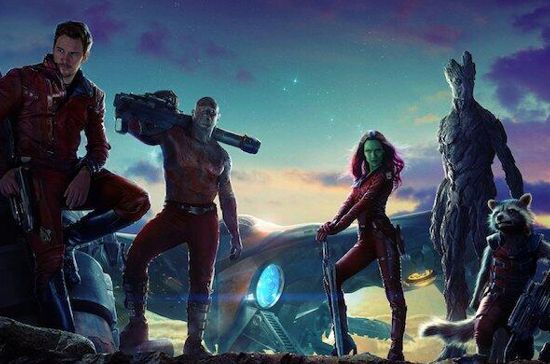 While speaking to Bloomberg Businessweek as part of a cover feature about Kevin Feige, Bob Iger, CEO of The Walt Disney Company, revealed that Marvel Studios is considering solo movies for the star characters in Guardians of the Galaxy.

Marvel Studios has already had great success with introducing characters in solo films and then combining them to form a superhero team in a giant, crossover blockbuster. That is the formula that gave us Marvel’s The Avengers. The studio’s deal with Netflix will attempt to replicate that success on the small screen, launching four separate solo television series, each based on a different Marvel character – Daredevil, Jessica Jones, Iron Fist, and Luke Cage – and then combining them as the Defenders for a crossover series.

Marvel is now looking at reverse engineering that effect, introducing characters as part of an ensemble cast first – like Star-Lord, Gamora, Drax, Rocket Raccoon, and Groot in Guardians of the Galaxy – and then spinning them off into their own separate solo features.

Iger also said that the Guardians aren’t the only characters that Marvel Studios is considering for the solo treatment, saying that discussions were already happening about solo films featuring certain new characters appearing in Avengers: Age of Ultron, though he wouldn’t say who. Quicksilver and the Scarlet Witch are the only two major additions to the team that we know of. Maybe he’s considering the twins for the solo treatment, or maybe the film has a surprise or two in store.

And, of course, there’s been near constant speculation about solo films based on characters introduced in supporting roles in past Marvel Studios films, particularly Black Widow.

As Iger says in the article, “The possibilities are endless.”

Guardians of the Galaxy comes to theaters August 1, 2014.

Guardians Of The Galaxy Characters Could Spin Off Into Solo Films