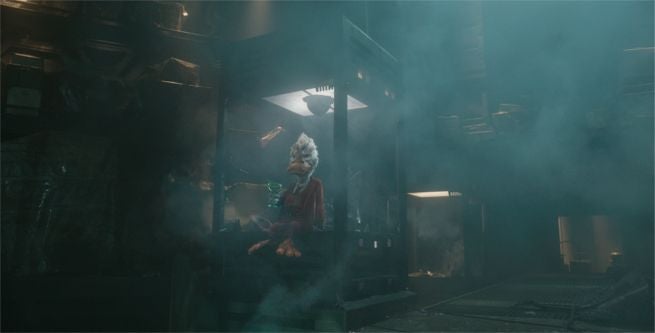 Guardians of the Galaxy concept artist Ryan Meinerding has taken to Facebook to share a peek at the concept art for Howard the Duck, who showed up in a brief, post-credits cameo in the film.

Howard the Duck is an often comic and caustic comic book character created in 1973 by Val Mayerick and Steve Gerber. He was the subject of a 1986 feature film which is widely considered one of the worst movies ever made. The cameo was his first time back on the big screen since.

Guardians of the Galaxy is in theaters now. It's expected on Blu-ray and DVD in November or December. Howard the Duck is out on Blu-ray now.

Best Suicide Squad Characters Who Haven't Appeared in Either Movie