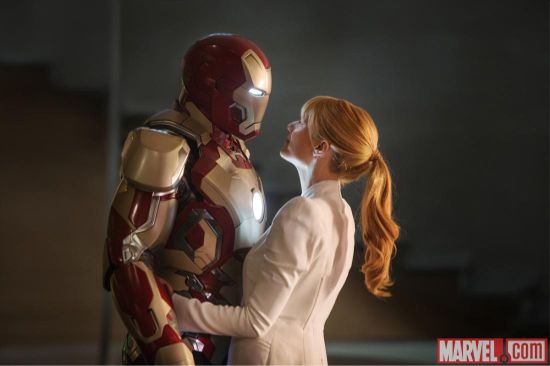 Speaking with HitFix in a new interview, Iron Man leading lady Gwyneth Paltrow told a reporter that she's probably done with Pepper Potts, at least for the time being, as there are no current plans to appear in Avengers: Age of Ultron.

"I don't think so. Nobody's asked me," she said when asked whether she might return for the sequel. "My phone has not rung for Avengers 2."

That's perhaps not surprising; Robert Downey, Jr. reportedly pulled some strings to get Pepper written into Marvel's The Avengers because he felt leaving her out would seem out of sync with Tony Stark's character arc--an arc that, for all intents and purposes, concluded with Iron Man 3. He's back for two more Avengers sequels, but the odds of delving deep into Tony's personal life or psyche are probably not great in those.

That said, she agrees that it would be fun to see Pepper in her own movie in the Rescue armor--or at least some solo female superhero in her own movie. "I agree--especially seeing my children's reaction to the movie," Paltrow said. "And all the little girls--it was empowering for them, it was cool."