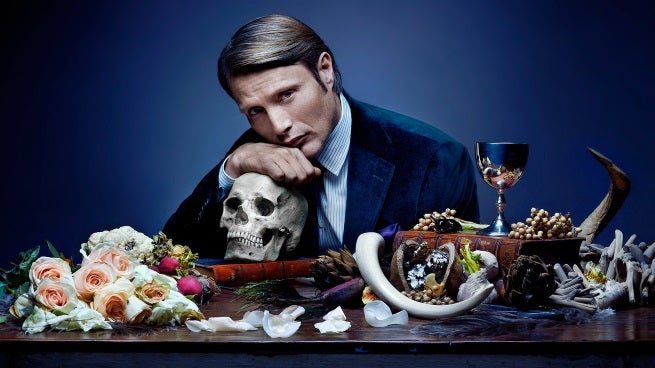 NBC will not renew Hannibal for a fourth season.

The series I currently in its third season. Hannibal will continue airing the remainder of the 13-episode season in its 10 p.m. Thursday timeslot, with the Season 3 finale now serving as the series finale.

“We have been tremendously proud of Hannibal over its three seasons,” NBC announced in a press release. “Bryan and his team of writers and producers, as well as our incredible actors, have brought a visual palette of storytelling that has been second to none in all of television — broadcast or cable. We thank Gaumont and everyone involved in the show for their tireless efforts that have made Hannibal an incredible experience for audiences around the world.”

“NBC has allowed us to craft a television series that no other broadcast network would have dared, and kept us on the air for three seasons despite Cancellation Bear Chow ratings and images that would have shredded the eyeballs of lesser Standards & Practices enforcers,” said Fuller. “(NBC entertainment president) Jen Salke and her team have been fantastic partners and creatively supportive beyond measure. Hannibal is finishing his last course at NBC’s table this summer, but a hungry cannibal can always dine again. And personally, I look forward to my next meal with NBC.”

As with any critically acclaimed TV series that fails to find its audience, Hannibal will likely pursue other distribution opportunities. In the meantime, Fuller will be hard at work creating the American Gods adaptation for Starz, and Gillian Andersen will return to her role as Agent Dana Scully in The X-Files revival at Fox.