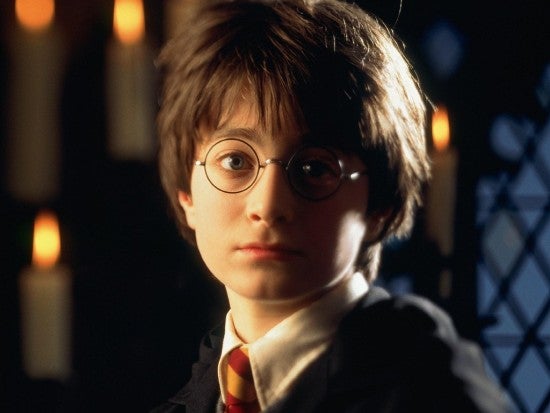 J.K. Rowling will co-produce a play being described as a prequel to her massively popular Harry Potter book and film franchise, to be staged on London's West End.

Rowling will not write, but will oversee a writer on, a new play about the early years of Harry Potter himself, meaning that this will be the first entirely new, official story featuring The Boy Who Lived that Rowling herself will not have the first crack at writing (though they presumably may skirt that issue with a "story by" credit). She will produce with The Book of Mormon's Sonia Friedman and Colin Callender, formerly of HBO and now developing projects at The BBC.

“Over the years I have received countless approaches about turning Harry Potter into a theatrical production," Rowling said. "Sonia and Colin’s vision was the only one that really made sense to me, and which had the sensitivity, intensity and intimacy I thought appropriate for bringing Harry’s story to the stage.”

Deadline reports that writers and directors for the Harry Potter prequel play are being considered with development to start in 2014.

Warner Bros. Theatrical Ventures is said to be involved, raising the question of whether down the line this story could be incorporated to the greater narrative of the Harry Potter spinoff films that will launch next year with Fantastic Beasts and Where to Find Them, which Rowling is writing for Warner Bros. The exact nature of the expected follow-ups isn't clear, although it was implied in the initial announcement that no new films actually featuring Harry and the other characters from the existing films would be developed. Still, a prequel would offer Warners the freedom to use the Harry Potter name in the title, but not be married to the previously-existing cast, who have both moved on and are too old to return to the characters.