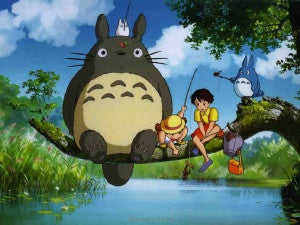 News out of the Venice Film Festival today was that legendary animation director Hayao Miyazaki will retire from feature films following his currently-in-competition film The Wind Rises.

The new film, which is being perceived as anti-war, is having a hard time winning over conservative Japanese audiences and critics and has been one of Miyazaki's most controversial movies. It's his eleventh feature film, capping a long career that includes animation classics My Neighbor Totoro and Spirited Away.

This is, in fact, the second attempt that Miyazaki has made at retirement; he announced shortly after Princess Mononoke that he would retire from feature films, but then returned a few years later with Spirited Away. A press conference to make the announcement formal is expected sometime this week, at which point more details (and whether he's got any particular short projects on his radar in the near future) should become available.