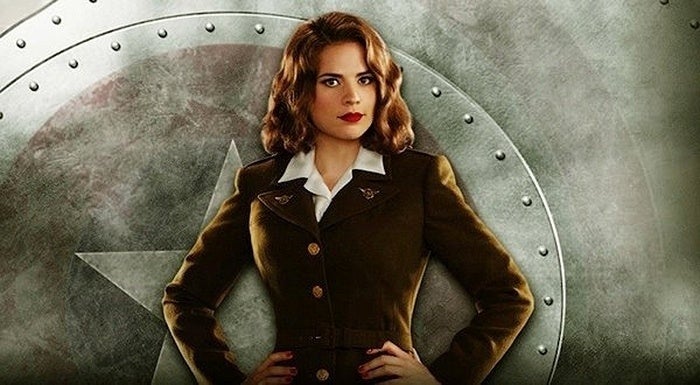 Special Agent Peggy Carter recently reported for duty on Captain AmericaCivil War's set. But instead of jumping to the aid of Captain America or Iron Man, it looks like Carter--or rather, actress Hayley Atwell--was there for some R&R.

As Atwell's recent string of behind-the-scenes photos show, the actress had quite the time kicking it with Captain America and his crew while visiting Civil War, the upcoming Cap sequel where Captain America and Iron Man will lead two warring factions in the superhero community

Below, you can see Atwell reunite with Steve Rogers himself, Chris Evans, give The Falcon (Anthony Mackie) a hard time, peruse Captain America's fridge, and hang with the film's crew.

DO SOME WORK MACKIE pic.twitter.com/kY68txMyO6

Captain America has 'muscle milk' in his refrigerator. No joke.

This brilliant woman is responsible for Peggy's make-up pic.twitter.com/3SrmJ35P4k

This crew are wonderful. Although they suck at witches brew pic.twitter.com/RTRyK1ELYY

Looks like Atwell's having a fun, no? Hopefully, she'll find the time to shoot a few scenes as Peggy Carter for the Captain America threequel.