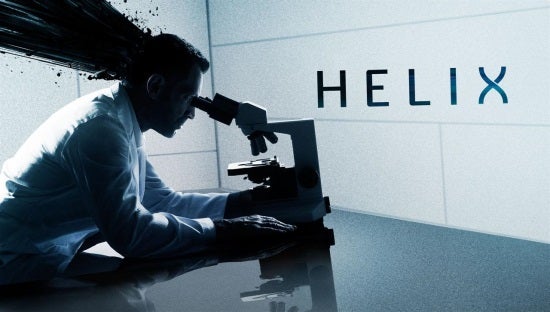 SyFy has renewed "Helix" for a 13-episode second season. The new season is expected to begin production later this year. "Helix has built one of our most loyal and consistent audiences in its first season on Syfy. The incredibly talented writing and producing team have crafted a thriller that consistently delivered suspense, twists and high quality drama. We look forward to growing this passionate audience in what promises to be an even more memorable second season," said Bill McGoldrick, EVP, Original Content, Syfy. "Helix" is an intense thriller about a team of scientists from the Centers for Disease Control who travel to the high-tech research facility, Arctic Biosystems, to investigate a possible disease outbreak, only to find themselves pulled into a terrifying life-and-death struggle that may hold the key to mankind's salvation or total annihilation.  However, the lethal threat is just the tip of the iceberg, and as the virus evolves, the chilling truth begins to unravel. Helix is executive produced by Ronald D. Moore (Battlestar Galactica, Outlander), Steven Maeda (Lost, The X-Files) who is also showrunner, and Lynda Obst (Contact, Sleepless in Seattle). The series is produced by Tall Ship Productions, Kaji Productions and Lynda Obst Productions in association with Sony Pictures Television. Helix, which was created by co-executive producer Cameron Porsandeh and features Billy Campbell (Killing Lincoln, The Killing), Hiroyuki Sanada (The Wolverine, 47 Ronin), Kyra Zagorsky (Supernatural), and Mark Ghanimé (Emily Owens, M.D.), as well as guest stars Jordan Hayes (House at the End of the Street), Meegwun Fairbrother, and Neil Napier (Riddick), will air its season one finale on Friday, March 28 @ 10pm. "Helix" Season 2 is currently aiming for a winter 2015 premiere.