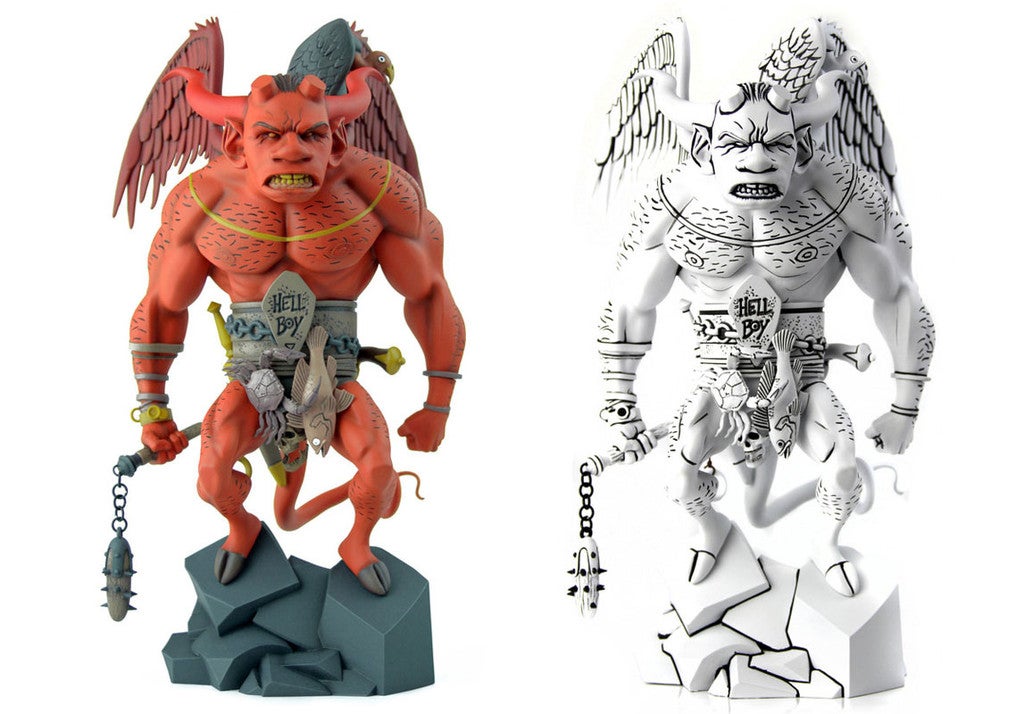 Nearly 25 years ago, artist Mike Mignola came up with the first sketches for what would later become Hellboy, the character most associated with his decades-long career in comics.

Now, Mondo (yeah, the guys behind those awesome, limited-run t-shirts and movie posters) are set to release a pair of statues based on that original design.

The figure is available in two versions: a limited, B&W illustration-like paint scheme (exclusive to the Mondo site), and a red paint-scheme designed by original Hellboy colorist Dave Stewart.

The colored statue costs $200. The black-and-white is only $25 more, but it's limited to 200 pieces, so it likely won't last long. The statues are expected to ship in the fourth quarter of 2015.

Hellboy Statue Based Off Original Designs Being Released By Mondo