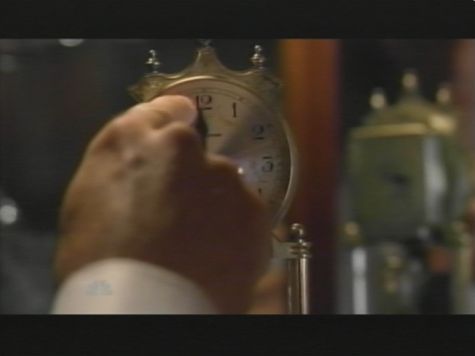 It's time to hit the 'reset' button on Heroes. Oh, I know, a few months ago the producers fired some writers. Better stories are coming, they promised. Well, they lied. Instead of something fresh, something better, we got episode after episode of the same stuff. As a result, this show has hit an all time low. Last night's season finale, "An Invisible Thread" underscores the problems we've seen on a consistent basis: Boring, Stiff Characters - Is anyone in the Petrelli family worth watching? Angela is like a soap opera star without any drama (plus the acting is terrible), Peter says the same lines over and over, and the only thing that comes to mind with Nathan is "Just die already." Luckily, that wish was granted (more on this later). Matt Parkman is a waste of space. None of these characters make you want to root for them. None of them. You don't look at them and say, "Come on--you can do it!" For example, look at Lost. Love them or hate them, you feel something for EVERY one of those characters on that show. You want the good guys to make it and the bad guys to lose. And for those lost souls in between, you yearn for them to figure it out. But not with Heroes. We don't care about ANY of the characters. They don't matter to us. And when the characters start losing their appeal, we lose interest. Predictable Plotlines - Did anyone really think that Nathan wouldn't die? Normally, you would think that since it was so obvious, it couldn't be that easy to figure out. But not on this series. The writers tell you what's coming, then they hit you over the head with it. There are few twists and turns. Sure, switching Sylar into Nathan was a nice change, but guess what? We didn't need the preview of Volume Five to know that it wasn't going to work out! It's so predictable. As soon as the switch in personalities occurred, I thought, "We'll see Sylar back by episode three next year." Ridiculous. Enough With Sylar - Four Volumes in, and we're still on the same bad guy? What the heck! You're telling me that in all of the writer's meetings, they can't find a way to kill off Sylar and introduce a new nemesis? Do they really think that Sylar is interesting? You'll have a hard time finding one person that didn't roll their eyes at Sylar's shapeshifting conversations as his mother. That's the best the writers can give us for the most evil person on the planet? Seriously? And I busted out laughing when Sylar started hitting on Claire in the finale. KILL HIM OFF! Slyar is just like Matt Parkman--he's boring, and he's a waste of space. It's because of these things that I'm about to punt Heroes. Oh sure, I'll read over the summer and early fall to see if any significant changes have been made to casting or the writing staff. But I'm guessing things will stay pat. Viewership will continue to decline, and I'm predicting that this show won't go past May 2010. The end is near folks if things don’t change soon.