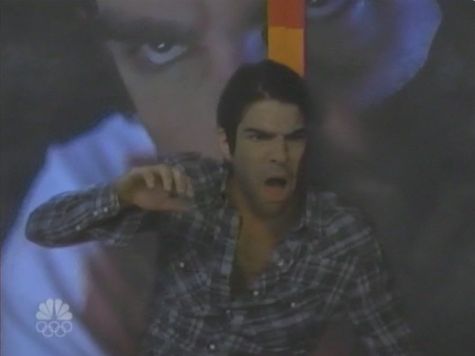 "Eh." That'll be my answer tomorrow when people ask me about tonight's 'Heroes' episode, entitled 'Tabula Rasa.' The storyline moved along, but nothing earth shattering happened. It's almost at the point where this show is running like a heart monitor. Straight line for 2-3 episodes, then a 'blip' up for an exciting show. This week, we're back on the straight line. As always, a quick recap, followed by our thoughts. When we left off last week, Hiro passed out in Peter's apartment after teleporting. We first see him this week in the hospital, Peter by his side. The secret is out--Peter knows Hiro is dying of a brain tumor. Peter steals Hiro's ability and teleports to HRG, where the two of them track down a healer named Jeremy Greer to help Hiro. The only problem? Jeremy's powers have turned the other way. Instead of healing people with his touch, he kills them. After finding Jeremy's parents dead, HRG and Peter get shot at by the young kid. Eventually, Peter gets hit, and HRG talks Jeremy into saving his friend. It works. Peter takes Jeremy's power, and HRG stays behind to help the kid out. 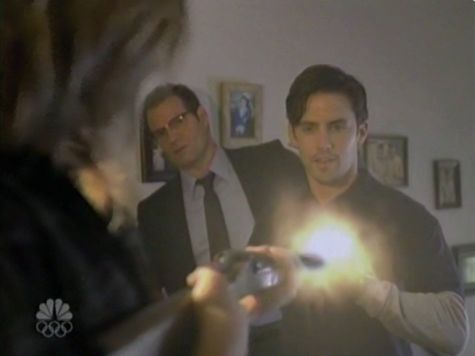 Hiro, meanwhile, meets Emma and tells her to embrace her new powers. Emma is reluctant, but Hiro shows her what it could be like. He stops time for her, and she's fascinated. Later, as Peter returns to the hospital, he finds that Hiro has teleported to Texas to save his friend Charlie--the waitress in Texas that was killed by Sylar. 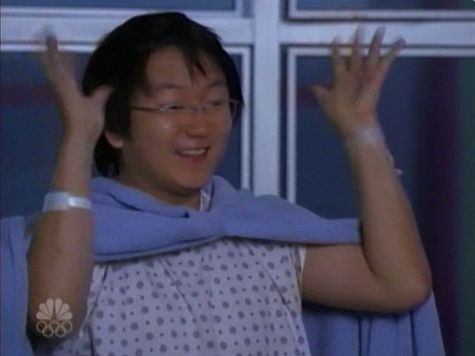 Sylar, meanwhile, is with the Carnies. And he still doesn't know who he is. After talking with Samuel, Edgar (the fast moving guy), sees Sylar talking with Lydia and doesn't like it. Edgar threatens Sylar by throwing some knives into a shovel Sylar is holding. Sylar, acting instinctively, repels the knives and Edgar. Samuel breaks up the fight. After convincing Sylar that he needs to know who he truly is, Samuel sends Sylar off to the house of mirrors with a man named Damien. Damien can restore memories (an anti-Haitian, if you will). After laying hands on Sylar, Damien leaves the house of mirrors. The mirrors begin flashing Sylar's past--all of his murders--and Sylar doesn't like it or believe it. Samuel tells Sylar that the outside world wants to harm people with abilities, and that the carnival is the only place he'll be safe. Samuel says Sylar should embrace his powers (just what Hiro told Emma), and use the powers to strike fear into others and destroy those that are after him (exactly the opposite of what Hiro told Emma). Oh, and guess what? The cop that Sylar ran from just happens to be at the carnival (interesting that people CAN see the carnival). Unbeknowest to Sylar, Samuel sent free tickets to the officer. Samuel says that Sylar should take care of the cop. Sylar meets him in the house of mirrors, and the officer shoots at Sylar. Sylar, again acting instinctively, stops the bullet and zaps the officer with electricity. As he walks toward the man, Sylar has become, well, Sylar. He has that look in his eyes. But something stops him, and Sylar turns away. As he turns, Edgar whips in and carves up the officer like a pumpkin. Outside the house of mirrors, Samuel announces that Sylar has been accepted as one of them. There is a baptism-like ritual, and then a feast. What missed: Samuel. We've said it before, and we'll say it again: what's the big deal? This guy must have additional powers he hasn't shown. Otherwise, he's just read a bunch of Dale Carnegie courses and really knows how to manipulate people. Edgar. What's the story with this guy? First he secretly questions Samuel's motives, now he embraces the Carnie leader? Is this the HRG version of the Carnies? He can't figure out who he is. Emma. We've clamored for Emma to figure things out, and she's doing that. But we can't help that the producers are setting up an easy battle of good vs evil. Please tell us that the mistrusting deaf woman that learns to love her powers doesn't save the world at the end of the season. It can't be that predicable. 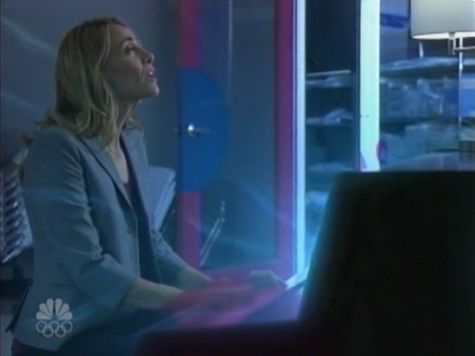 Not again. Sylar doesn't know which way to turn. It's like he's flipping a coin to decide if he's good or bad. The upcoming (we're assuming) manipulation by the Carnies to turn Sylar to evil spells one word: BORING. What worked: Damien/people with opposite powers. The Haitian has the ability to remove memories, and Damien can restore them. Opposite powers, neither of which are necessarily good. Will we see more of this dichotomy in future episodes? HRG. While we still don't believe his transformation, we really want HRG to continue down his moral recovery path. IF--and this is a big if--he does so, we're betting that HRG could be the sacrifical lamb at the end of this season. Hiro. His ever-present optimism truly has a role in this series. Unlike Peter, who tries to be good, Hiro just IS good. We love the fact that he's headed back to Texas to help his friend Charlie. That means a battle with Sylar. And it also means it could have a future effect on Slylar. Interesting twist by the writers. Conclusion: Pick it up, writers. Time for Claire to do something. Bring back Mohinder (just keep his whining at a minimum), and start introducing the Heroes to the Carnies. It's time to get it on.