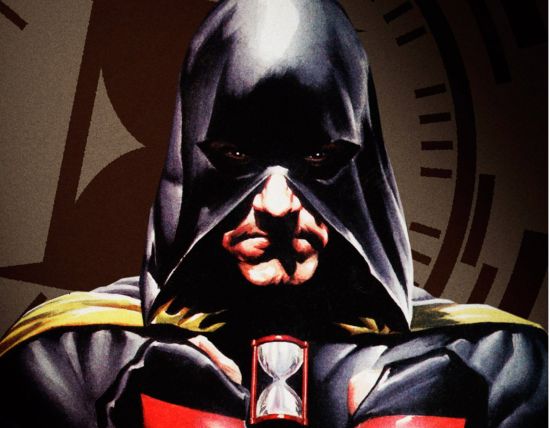 We're predicting that the day might eventually come when all The CW airs are TV shows based on DC Comics properties. With Arrow proving to be a huge hit for The CW and a Flash series on the way, The CW is now reportedly working on bringing another DC Comics character to the small screen. According to The Hollywood Reporter, The CW is developing a new drama series based on Hourman. The Hourman TV series is described as centering around "a brilliant-yet-troubled pharmaceutical analyst who discovers that the visions that have plagued him since childhood are actually glimpses of tragic events occurring one hour in the future. Determined to win back his ex-wife and son, he heroically prevents these tragedies from unfolding, finding both purpose and redemption along the way." Michael Caleo has reportedly been hired to write the script. Caleo will also executive produce, along with Dan Lin and Lin Pictures' head of television, Jennifer Gwartz. Hourman was created way back in April 1940 by Ken Fitch and Bernard Bailey, and there have been several different versions of him throughout the years. However, he's not one of DC Comics better known properties among the general public. The CW is also still reportedly considering Amazon, which would be a Wonder Woman prequel series.

Hourman TV Show In The Works For The CW