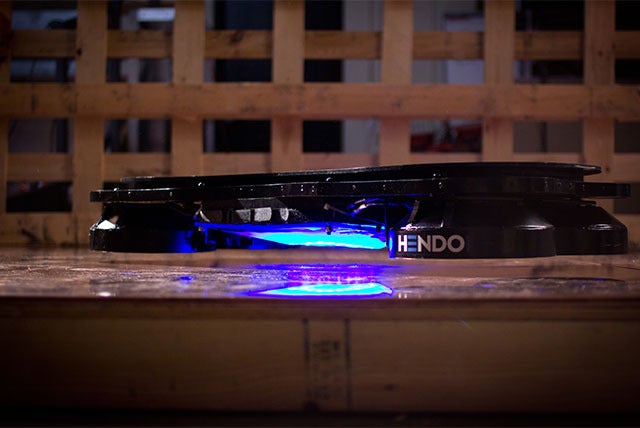 For an entire generation of moviegoers who saw Back to the Future Part II, Marty McFly’s hoverboard left a lasting impression. As we quickly approach 2015, the future year that Marty travelled to in the film, it would seem that the promise of the hoverboard remains unfulfilled.

Or maybe not. Hendo Hover, a company based in Los Gatos, California, is seeking $250,000 via Kickstarter to make the hoverboard a reality. On top of that, if you donate $10,000 to the cause, you’ll receive one of the first 10 hoverboards the company makes.

If you want one, you should take the company up on their offer now, as 6 of those first 10 boards have already been claimed.

As you can see the above video, they have a working prototype of the board. We don’t really see it doing much besides swaying side to side – a far cry from being able to grab on to the back of a moving automobile for transportation – but it’s a start.

Hendo has currently received just over $67,000 worth of pledges towards their $250,000 goal, with 54 days remaining in the Kickstarter campaign.

Hoverboard Available On Kickstarter For $10,000