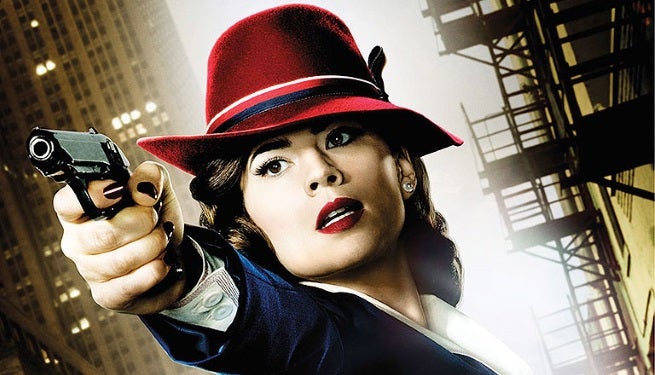 It looks like Howard Stark is coming clean on why he's really enlisting Peggy Carter's help in a new clip for tomorrow night's Agent Carter episode, "The Blitzkreig Button."

Whatever truth Stark drops on Carter, she doesn't seem entirely thrilled about it. In fact, judging from Howard's black eye it might be fair to assume she's pretty upset about it. Based on their conversation, it sounds like the revelation might revolve around the presumed-dead Captain America. Might Howard know more about his disappearance than he's let on?

Check out the full clip below. It looks like Tony's dad is every bit as sly as this generation's billionaire, genius, playboy philanthropist.