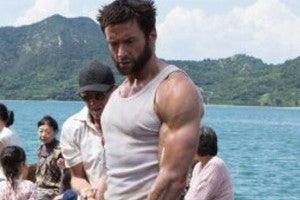 Hugh Jackman might be best known for playing a character who has the catchphrase, “I’m the best there is at what I do, but what I do best isn’t very nice.” But the “what I do isn’t very nice” part couldn’t be further from the truth when it comes to The Wolverine star.

After production wrapped on X-Men: Days Of Future Past, Jackman treated his co-stars and director Bryan Singer to a showing of the movie The Butler, but that’s not all he did. According to a report in the Montreal Gazette, Jackman also made a donation of $10,000 to the Montreal Children’s Hospital.

Jackman’s wife Deborra-Lee Furness was actually going to make the donation online, but she had trouble with the submission form, so she wound up calling the Montreal Children’s Hospital Foundation. She wound up donating $10,000 on behalf of her, her husband, and the cast and crew of X-Men.

So while there could be a strong argument made for Jackman being the best he is at what he does, what he does is actually pretty nice.

Hugh Jackman Donates Ten Grand On Behalf Of X-Men: Days Of Future Past Cast And Crew