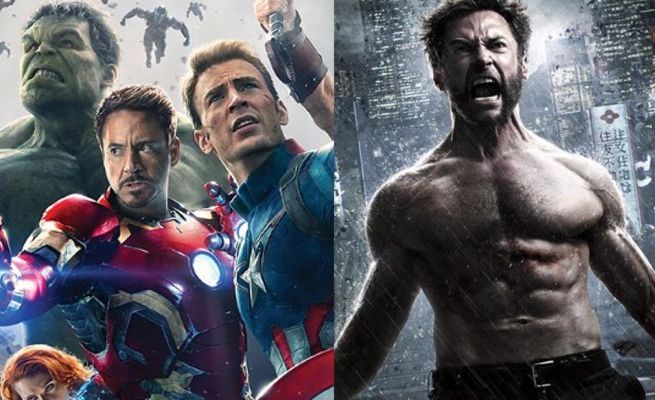 While speaking at a press junket for Chappie, Jackman said he thinks since Marvel has built a bridge with Sony in bringing the Spider-Man franchise into the Marvel Cinematic Universe, the same could happen with Fox, who owns the film rights to the X-Men (and Fantastic Four).

Here's how he explained it to Yahoo Movies:

I'm surprised by what's happened with Spider-Man joining. You're in a very complex world where big, big sums of money are being spent for different franchises and so getting them together is difficult.

Two years ago I'd have said you'd be a real optimist to think it'd ever happen, but weirdly now I just think it maybe could. I think there is the possibility that it will happen.

"You know, I think as an optimist I would love it," he said. "That's the best thing about comic books; you can just pitch these characters into each other."

Well, there are those rumors that Marvel Studios will eventually have to form a New Avengers team. And as Marvel Comics readers know, Wolverine was a headlining member of the New Avengers. Of course, only time will tell.