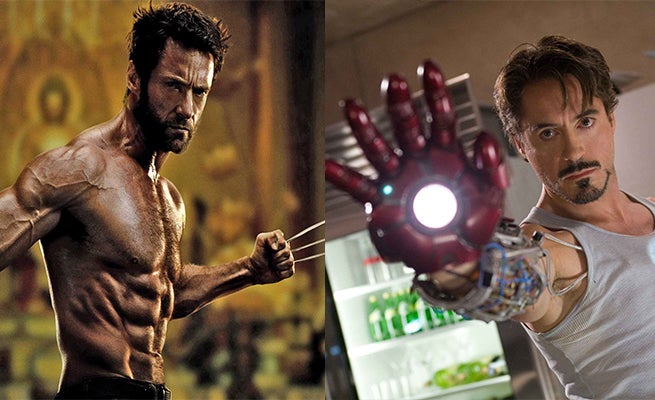 Hugh Jackman has been in the news a lot lately. That's because he's making the rounds this week promoting Chappie, which hits theaters this weekend.

Wherever there's Hugh Jackman, there's also questions about Wolverine and X-Men. This time, though, Hugh didn't just say he would like to see Wolverine join the Avengers in the movies. Instead, he was much more specific.

When asked by Robin Roberts on Good Morning America if Iron Man and Wolverine can team up, Jackman said, he "would love that," adding that, "Now that Spider-Man has joined, the seemingly impossible is possible. I would love that." Jackman went on to joke with the Good Morning host, asking her "Can you speak to Robert [Downey Jr]? Put in a good word for me?"

While it's unlikely Wolverine will join the Marvel Cinematic Universe any time soon, it's nice to know that Jackman is so into the character and interested in a crossover. You can watch the bit from the interview in the post embedded above.