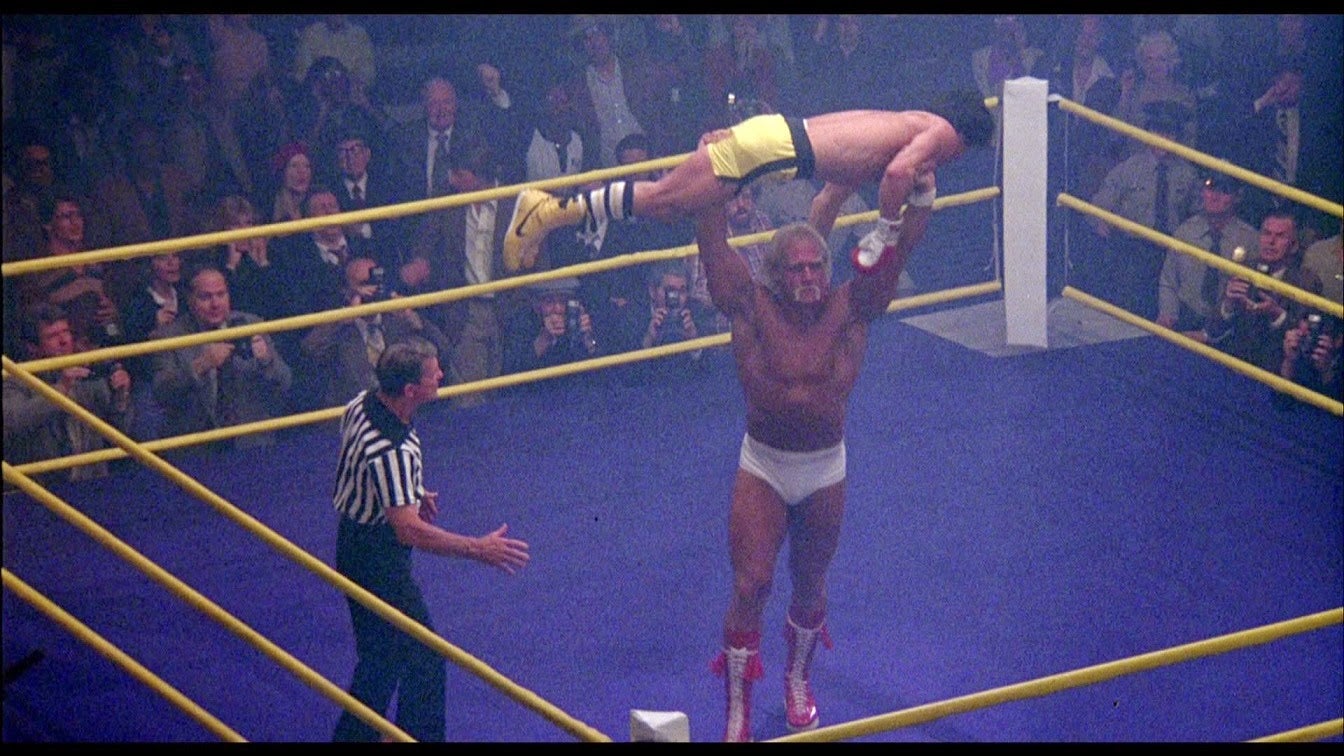 Well it wouldn't be his first heel turn.

The Babe Ruth of Wrestling himself, Hulk Hogan, recently went on a press tour and had mentioned that he's training for a match for WrestleMania 32 (rumored up against current poster boy John Cena) as well as hints of his next movie project, according to Uproxx.

During a Q & A session at Body Pro Expo in England, Hogan had indicated he's up for a villain role in the next Expendables movie.

"Was talking on the phone with Sly [Stallone] about doing The Expendables 4. We're trying to figure out a way to maybe turn me into the most evil man in the world. Y'know, Stallone gave me my first break and he's been a great friend. We had a great conversation, talking about the possibilities. Can I still run, can I still jump? Well, not as fast or not as high, but I think Hollywood could find a good stunt man to help me out."

Stallone had inducted Hogan in the WWE Hall of Fame in 2005 and, yes, gave him his first film role in Rocky III as Thunderlips, a wrestler with a macho gimmick that included a cape and pimp hat.

So what do you readers think? Should Hogan be added to the Expendables roster? Or would he be better as a good guy on Sly's side?