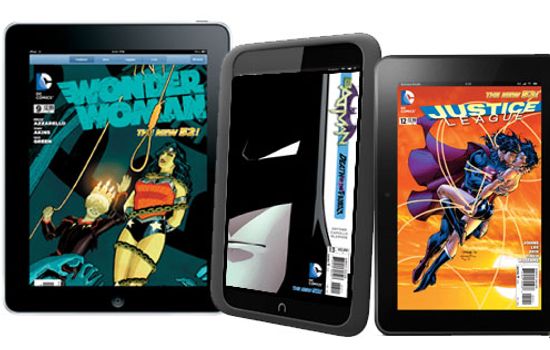 While the intellectual properties owned by U.S. comics publishers dominate the movie theaters and toy stores, bringing in billions for their parent companies, the American comic book market has not been operating under a healthy business model for years.

Note: Much of this story is a primer on the challenges to the comics market and the challenges and opportunities presented by digital publishing. It's written with non-fans in mind, so much of what's presented here may be familiar to most of our regular readers.

The major comics publishers are publishing most of their product lines now to sales numbers that would have led to cancellation just fifteen or twenty years ago, while the customer base that proudly proclaimed back in the eighties that comics "aren't just for kids anymore" has only gotten older since. As they pass away, or lose interest in the art form for the last time, they aren't being replaced in the same numbers by younger readers, who have a wider variety of entertainment opportunities than any generation before them ever imagined.

In Comics, We Need Digital As Much as We Resist It