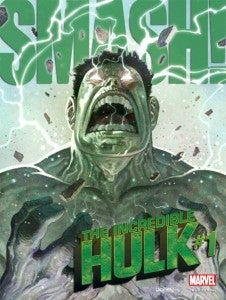 Marvel Comics has released an image of a variant cover for Incredible Hulk #1, and it’s smashing to the say the least. The variant cover is drawn by Ladronn, who is known for his previous work on Planet Hulk.