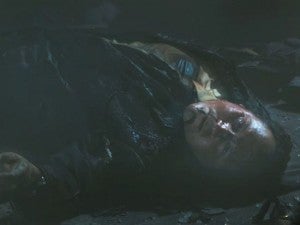 While Jon Favreau might not be directing Iron Man 3, it looks like he is going to be spending more time on the other side of the camera than ever before in an Iron Man movie. According to MTV, Marvel Studios President Kevin Feige has revealed that Jon Favreau’s character Happy Hogan plays a major role in Iron Man 3.

Kevin Feige said, “When you put Jon in front of the camera, he tends to steal every scene he's in, just by reading the scripted lines, but also by going off-book and ad-libbing with the best of them. He's got some amazing scenes that he steals. But there's a deeper storyline for Happy in this one, and more of a connection with Tony. The movie goes into why they've been friends for all these years.”

Kevin Feige also dropped what could be a major spoiler for Iron Man 3 in revealing that Happy Hogan’s scenes were shot “very early in production.” Why could that information be considered a spoiler? Well, if you’ve seen the Iron Man 3 trailer, then  you know that Happy Hogan appears battered and bruised and flat on his back. In fact, Happy Hogan sort of looks like he could be dying or dead.

If you combine how Happy Hogan looked in the trailer with the fact that his scenes were shot very early in the production, then the natural speculation is that Iron Man 3 plays up the close friendship between Happy Hogan and Tony Stark early on, before killing Happy Hogan off. Iron Man 3 is scheduled to be released in movie theaters on May 3, 2013.

WandaVision Finale Trends As Marvel Fans Prepare For the End

One Piece Creator Honed His Craft By Mimicking Disney Artwork

League of Legends Brings Back Your Shop Sale for Limited Time