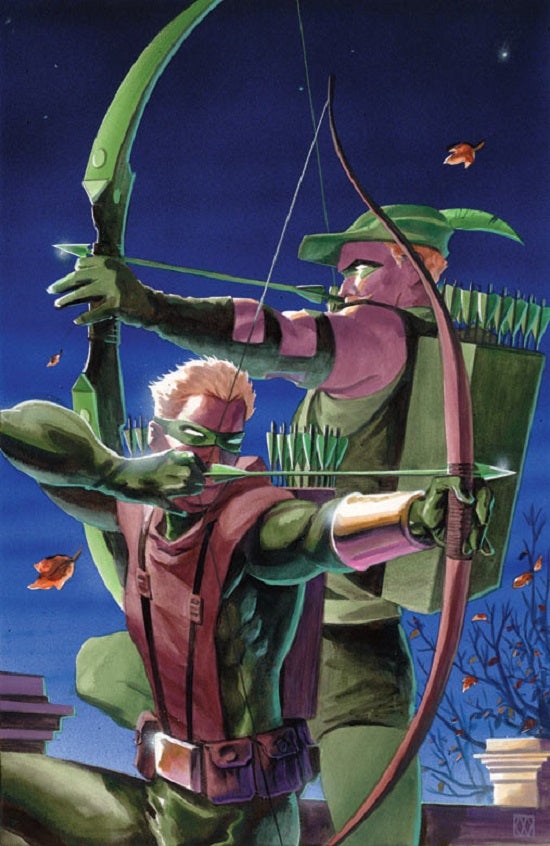 Warning: potentially major spoilers ahead for tonight's episode of Arrow.

In spite of promotion that was all about Roy Harper's Mirakuru-fueled rampage through Starling City, tonight's Arrow actually featured not one, but two game-changing plot points. The first, we've already discussed at some length. The second? Well, stick around after the jump if you don't mind being spoiled. 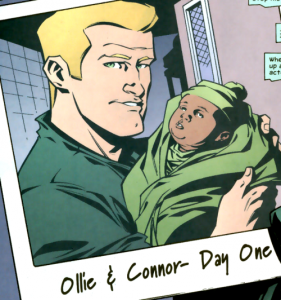 About a third of the way into tonight's episode of Arrow, Tonight's episode of Arrow revealed that Oliver Queen fathered a child before leaving on the Queen's Gambit years ago -- one whose mother was paid off my Moira Queen to disappear. During a Q&A with reporters last week, series Executive Producer Andrew Kreisberg admitted that they didn't name the pregnant woman in the script, but he did say that the plot point will carry through into the show's third season next year. "I think that like we did in season one -- the seeds for season 2 were planted in season 1 -- and again, the best part of the success that the show has had was knowing that we were going to make more, we could drop these things in and pay them off later," Kreisberg said. "In Season One when the Russian Bratva guy is talking about Knyazev, and Oliver says, 'He should speak highly of me; I saved his life,' we're like, 'Oh, because he's going to be on the island in Season Two,' and we got to pay that off. That experience is something that we can pay off, that will be paid off in Season Three." In the comics, of course, Oliver had a brief but powerful relationship with Sandra "Moonday" Hawke, and the product of that relationship was Connor, a son that he didn't meet until much later. Connor briefly took over as Green Arrow following Oliver's apparent death and continued to be an active part of Team Arrow following Oliver's return from the dead until the New 52 relaunch. Currently, a version of the character appears in Earth 2.

Is Arrow Setting Up Connor Hawke?