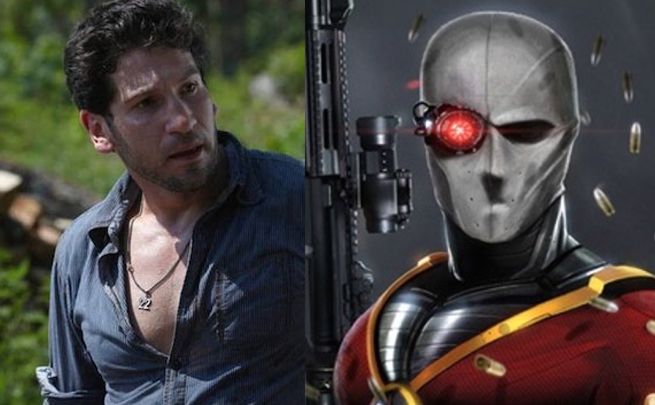 Social media is heating up over reports that Jon Bernthal is going to appear in Suicide Squad. While appearing at Wizard World’s Tulsa Comic Con this weekend, the actor discussed his role in Fury, and he mentioned that he would love to work with director David Ayer again.

However, as Tulsa World reports, Bernthal quickly backtracked on the crowd’s assumption that he had a role in the film. All Bernthal appeared to be meaning was he couldn’t talk about if he had discussions about the film.

So, it is not confirmed as to whether Bernthal has been cast in or is even up for a role in Suicide Squad, but wouldn’t he make a good Deadshot?

Is Jon Bernthal In Suicide Squad?