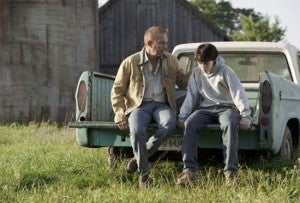 Warning, this article contains spoilers for both Man Of Steel and Iron Man 3 (which we're assuming most have seen by now). Earlier this summer, Comicbook.com's Russ Burlingame posed the question of if Iron Man 3 was the most divisive comic book movie yet. Many fans loved Iron Man 3, but there was one really big controversial twist in the movie.

Now, a little over a month later, and the second big superhero movie of the summer has surprisingly proven to be even more divisive. The Man Of Steel doesn't contain any outright deception or misdirection like was the case with the Mandarin twist, but it does contain a couple scenes where Superman engages in some controversial decisions. For one, Superman fails to save his adoptive father Jonathan Kent, because Jonathan doesn't want Clark to reveal his powers. For two, Superman actually kills General Zod. Some fans feel those actions (particularly the one involving Zod) were completely out of character with what Superman is supposed to represent.

However, the big thing that makes Man Of Steel even more divisive than Iron Man 3 is the number of fans that feel passionately in one direction or the other. There are quite a few fans that are not only saying they liked Man Of Steel but that are declaring it as the best or one of the best comic book movies ever made. There are other fans that absolutely hate the movie with a passion and are declaring it one of the worst comic book movies ever made.

Could Man Of Steel really be the most divisive comic book movie ever made? At this point, I'm really wondering what's going to happen with The Wolverine.

Is Man Of Steel The Most Divisive Comic Book Movie Ever Made?

Marvel's Guardians of the Galaxy Joke Domain Is All About Groot