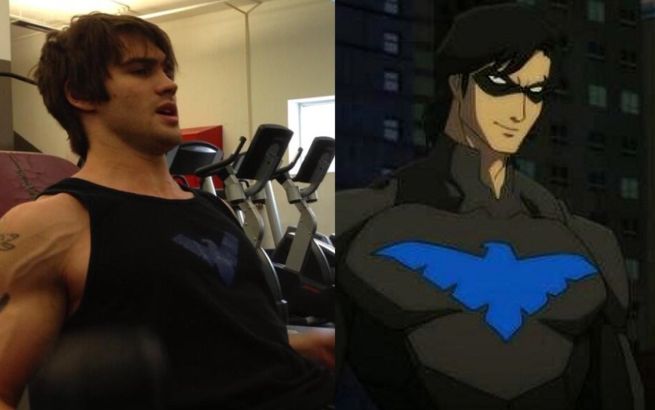 Some interesting news about Steven R. McQueen has fans speculating that he could have a heroic future ahead of him. The CW revealed on Sunday that McQueen is exiting The Vampire Diaries.

McQueen plays Jeremy Gilbert on The Vampire Diaries and has been on the series since it launched in 2009. McQueen is said to be leaving early in the 2015 run of the show. The interesting thing is that McQueen's character isn't getting killed off, and there doesn't appear to be any solid reason given for his departure.

In an interview with The Hollywood Reporter, The Vampire Diaries executive producer Julie Plec said, "He'll always be welcome to join us for important events — unless [McQueen] finally gets his wish to play a superhero and he's unavailable."

Gets his wish to play a superhero? Steven R. McQueen has repeatedly expressed his desire to play the DC Comics character Nightwing in the past. And it just so happens that a Titans series featuring Nightwing is in the works at TNT.

Just a coincidence? Or is McQueen getting his wish to play Nightwing?

Is Steven R. McQueen Leaving The Vampire Diaries To Play Nightwing On Titans?