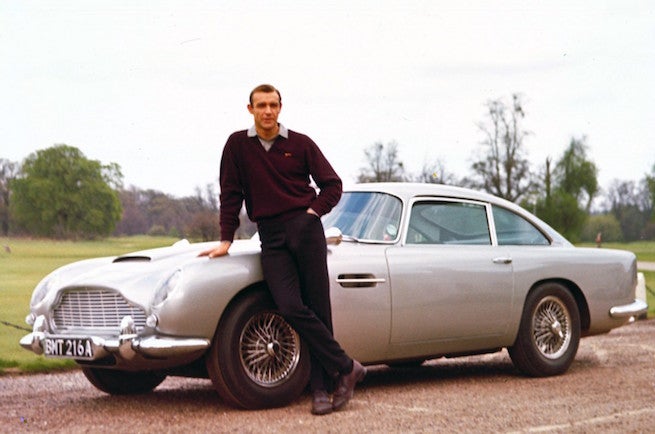 Sean Connery is back as James Bond in the 1964 classic, Goldfinger

A newly restored ultra-high definition (4K) version of the 1964 spy thriller will premiere at the 65th Berlin Film Festival in February.

Goldfinger is the third film in the James Bond series and the third to star Sean Connery as the fictional MI6 agent James Bond. It is based on the novel of the same name by Ian Fleming. The film also stars Honor Blackman as Bond girl Pussy Galore and Gert Fröbe as the title character Auric Goldfinger, along with Shirley Eaton as the iconic Bond girl Jill Masterson. Goldfinger was produced by Albert R. Broccoli and Harry Saltzman and was the first of four Bond films directed by Guy Hamilton.

The film's plot has Bond investigating gold smuggling by gold magnate Auric Goldfinger and eventually uncovering Goldfinger's plans to attack the United States Bullion Depository at Fort Knox. Goldfinger was the first Bond blockbuster, with a budget equal to that of the two preceding films combined.

Worldwide repertory film distributor Park Circus, in association with EON Productions and Metro-Goldwyn-Mayer Studios, will be presenting this new restoration in the Berlinale Classics strand.