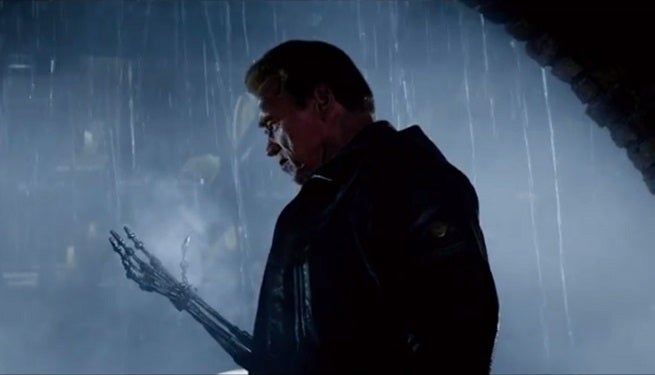 Cameron has previously revealed that he’s not a big fan of either Rise of the Machines or Salvation. On the other hand, having seen an early screening of Genisys, he seemed to approve of the Alan Taylor directed sequel.

“It’s being very respectful of the first two films,” he says, “and then all of a sudden it swerves and now I’m going on a journey.”

While Terminator Genisys is based on the characters and concepts that Cameron created in the original Terminator, he had no involvement in the creator of the new film. Instead, Taylor (Thor: The Dark World) took the director’s chair, with a script by Laeta Kalogridis and Patrick Lussier.