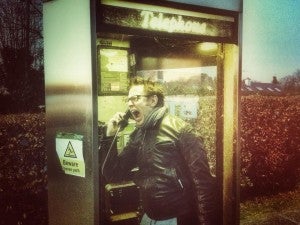 Things are starting to wind down on the set of Guardians of the Galaxy. Karen Gillan tweeted a couple days ago that filming has wrapped for her character Nebula. While pointing out that Gillan will be missed, director James Gunn described her as “Clint Eastwood onscreen, Hello Kitty off:”

Even though Gillan’s work is done, Gunn revealed there’s a little over two weeks of filming left. However, despite the fact that filming is starting to wrap up, Gunn is not laying off the intensity. Gunn tweeted that 90% of his directing is making the film: “Bigger, faster, harder, louder.”

James Gunn Wants Guardians Of The Galaxy To Be Bigger, Faster, Harder, Louder