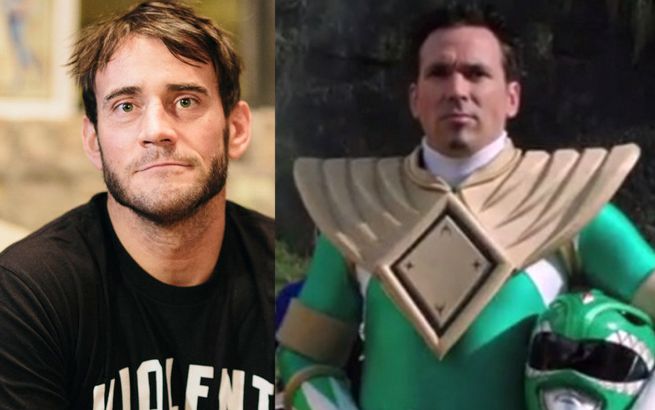 As part of an ongoing media brawl that’s worthy of the Octagon, Frank, better known as the Green Ranger from The Mighty Morphin’ Powers Rangers series, trashed CM Punk’s credentials as a legitimate fighter.

Frank, who comes from the world of mixed martial arts, dispelled Punk’s history with WWE as entertainment, as opposed to real fighting.

Here’s what Frank had to say:

"I'm totally more legit than him. It's just kind of silly. This is a logical fight. I just feel my track record's huge. But in reality The Green Power Ranger vs. CM Punk is the same thing. CM Punk comes from fake wrestling, and the fans are going to kill me for saying that, but it's entertaining. It's great, but it's entertainment. I come from the entertainment industry, but I'm a life long martial artist. I go way back.

The comments continue a long back-and-forth between Frank and Punk, who have launched verbal barbs at one another since Frank suggested that he and Punk fight on Ultimate Fighting Championship. Punk, despite having little-to-no experience in martial arts, recently signed on with UFC. Frank’s comments about Punk’s lack of proper experience echo most found on the Internet, as many believe that Punk's WWE experience will not properly prepare him UFC's martial arts-based fighting. And if a match ever does materialize between the two, Frank told Fox Sports that he doesn’t expect to lose.

"I wish him the best,” Frank said. “But he doesn't know what this world is."