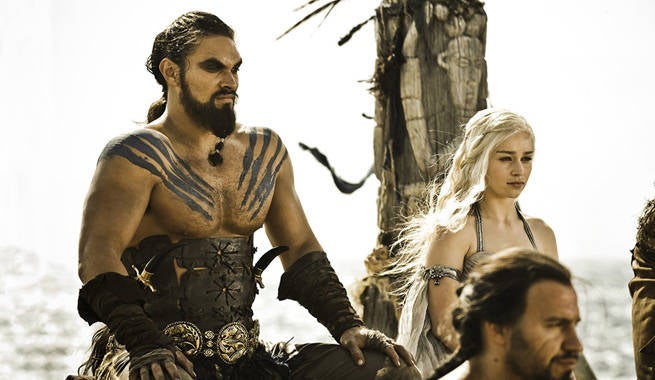 Jason Momoa's time on Game of Thrones has long expired but he is still an avid fan of the series and supporter of his widowed Khaleesi.

Those who watched Sunday's episode know that Daenerys had one big fiery moment to conclude the exciting hour. One of those people is Khal Drago himself.

Momoa took to Instagram to cheer on Daenerys's big escape and revenge against the Dothraki who were treating her poorly. Check it out below.

Seems like he got a good laugh out of watching Daenerys burn his former tribesmen to death. After all, she is jalan atthirari anni (the moon of his life).

Some expected to see a cameo return from Momoa this season, at the very least in spiritual form, as Daenerys headed for the Dothraki temple for widows of fallen Khals. It was only fueled when he shared a post on Instagram a few weeks ago with the caption "see you soon."