In July of 2013, Jeff Wadlow, the writer and director of Kick-Ass 2 (2013), was hired by 20th Century Fox to pen the screenplay for an X-Force movie, which he would possibly helm as well.

Over the past two years, Wadlow has stated that his team would be a five-member lineup. He never confirmed which characters it would consist of, though, he did say he was a fan of Deadpool, Wolverine, Cable, Psylocke, Domino and Colossus.

In that same span, X-Force creator Rob Liefeld praised the script numerous times, calling it "beyond impressive" and revealing that the best part is that it shows the "camaraderie between the team as they learn to cope and trust one another!" Liefeld also divulged that Cable and Deadpool were in it. However, the latter does not appear in the artwork seen below.

The assumption was that Fox would focus on the X-Force movie once X-Men: Days of Future Past was released. Which by the way, included Warpath (played by Booboo Stewart), a founding X-Force member and mainstay. But before X-Force could get a greenlight, it was put on hold when Deadpool test footage leaked online and the overwhelmingly positive reception it received caused Fox to fast-track it.

With all of that out of the way, I came across artwork that professional conceptual artist Gregory Semkow collaborated with his friend Jeff Wadlow on that features the "team's lineup in the script." A script that Semkow described as "freaking badass."

Based on the art below, Wadlow's X-Force would include Cable, team leader and son of Cyclops; Domino, skilled marksman, hand-to-hand fighter with probability-altering powers; Warpath, Native American with super-strength and heightened senses; Cannonball, possessor of jet propulsion and force field abilities; and the final member of the team is a bit of a mystery.

I'm referring to the female on the left wearing a hoodie. She has a streak of gray/silver hair that would indicate she's Rogue, but it is hard to believe Rogue would wear fingerless gloves. Perhaps it's Hope Summers or a toned-down version of Psylocke.

UPDATE! Gregory Semkow has informed me that the hooded mutant is in fact: Feral! 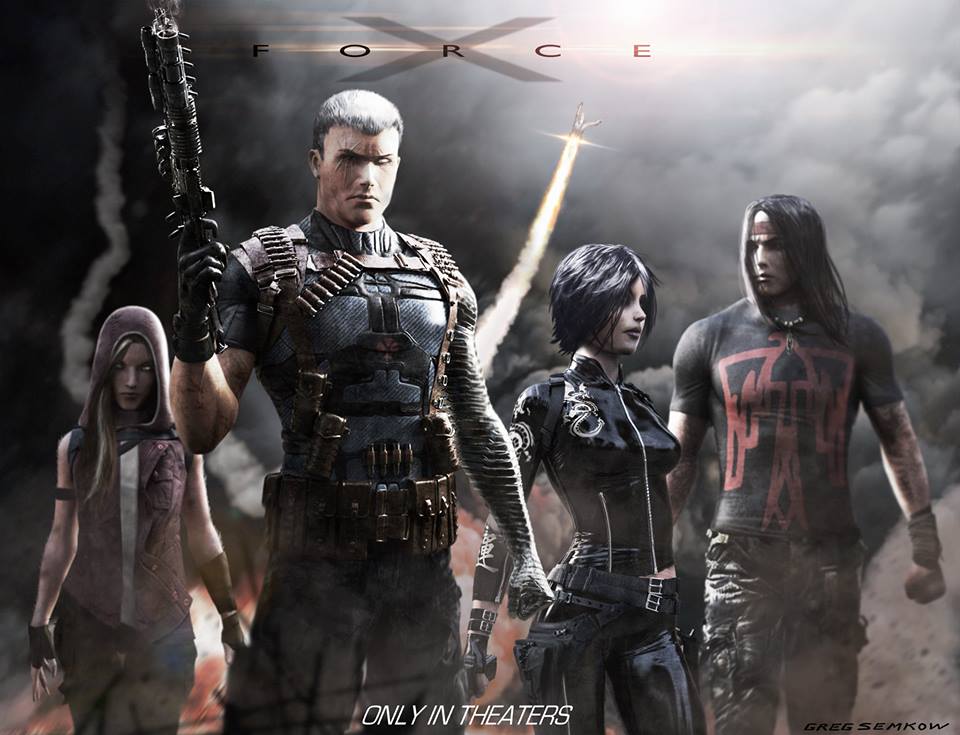 Who do you think the female mutant in the hoodie is? Share your thoughts in the comment section.