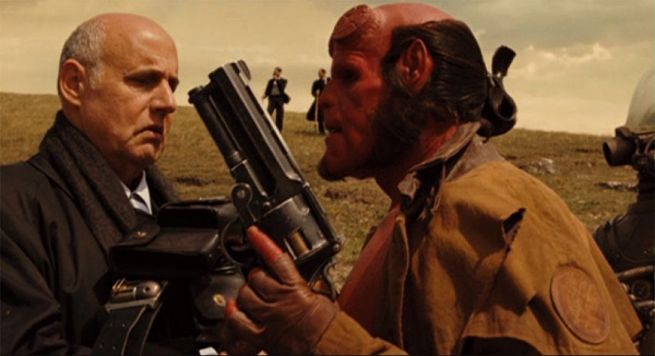 Back in July, Hellboy director Guillermo del Toro revealed that he had a plot for Hellboy 3 in place, but he didn’t think the movie would ever happen. For his part, star Ron Perlman has always said he would love to do Hellboy 3 to finish out the trilogy. He even described the third film plot as epic.

In an appearance on The Colbert Report on Tuesday night, Jeffrey Tambor, who played Tom Manning in Hellboy and Hellboy 2, had a much more optimistic opinion about the prospects for Hellboy 3. When Stephen Colbert asked Tambor point blank if there was ever going to be a Hellboy 3.

“Oh my god,” said Tambor. “There is actually talk of a Hellboy 3, but they better hurry or I am going to be in a walker.”

Could the status of Hellboy 3 have changed since del Toro talked about it in July? Could things actually be moving forward now?

Jeffrey Tambor Says There Is Talk Of A Hellboy 3