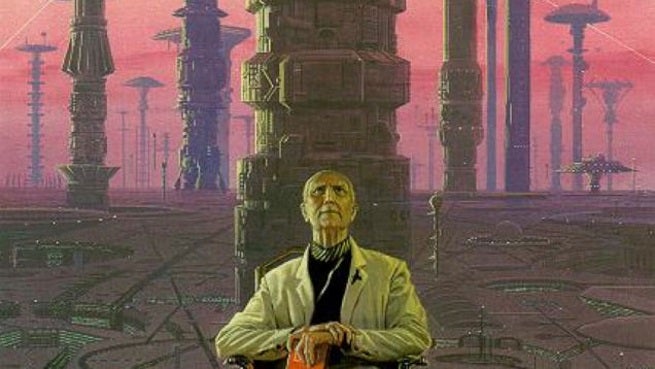 The Wrap is reporting that Interstellar co-writer Jonathan Nolan will produce a television series adaptation of Isaac Asimov's Foundation trilogy for HBO. HBO, Warner Bros. Television, and representatives for Nolan all declined to comment on the report.

In Foundation, Asimov follows brilliant mathematician Hari Seldon, who develops a mathematical discipline called psychohistory (which is comparable to mathematical sociology) which allows him to predict the major events of the future. Seldon foresees the fall of the Galactic Empire that has expanded throughout the Milky Way, and a subsequent dark age that will last 30,000 years. In order to shorten the dark period to a mere 1,000 years, Seldon forms a foundation on the far, remote edge of the galaxy, comprised of engineers and artisans who will safeguard and expand upon humanity's collective knowledge in order to usher in a new era.

Earlier this summer, HBO acquired the rights to Foundation from Sony Pictures, following thee studio's failed attempts to adapt the series into film. Sony had originally purchased the film rights in 2009, and had attached director Roland Emmerich to the project, who was replaced by Dante Harper before Sony finally scrapped the project.